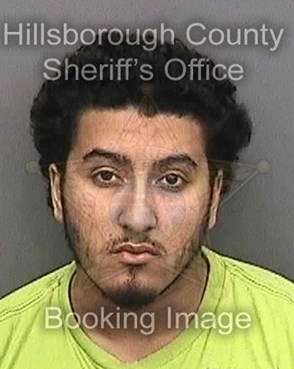 In an interview with WFLA in Tampa, the mother of the man who was tased in Ballast Point Park Thursday evening threatened to sue both Pokemon and the Tampa Police Department over what happened to 20-year-old, David Mastrototaro-Baermude.

Michelle Mastrototaro said after looking at the video of her son being tased, “I can’t help him and he’s staying because over Pokemon, I mean seriously cops, Pokemon?”

“These cops gotta stop,” she said. “I mean someone can yap yap yap, but he’s not attacking you.”

A video circulating on the internet show the unemployed 20-year-old arguing with the cop prior to getting in the car, in which it is difficult what words were used in the exchange, and later getting tased.

He was with his aunt, who managed to get him in the car; however, he came back out and after telling him to get on the ground numerous times and he refused, that’s when police tased him.

Mastrototaro said, visibly upset over the events, “This is all over Pokemon. I’m gonna sue Pokemon for this and I’m gonna sue Tampa Police.”