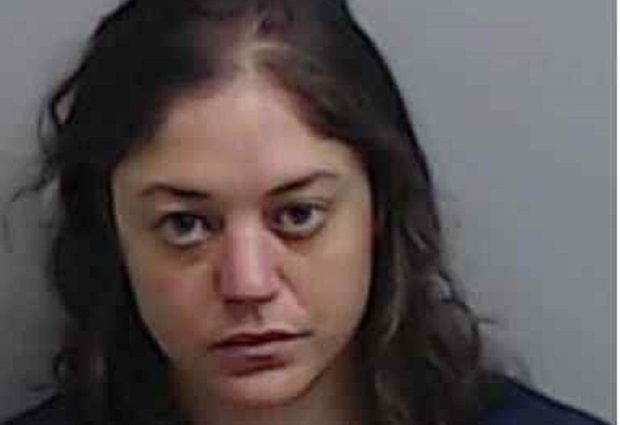 Officials are offering more details surrounding the arrest of Natalie White for burning down the Atlanta Wendy’s, the scene for the Rayshard Brooks death, and White’s rumored relationship to Brooks.

White has been identified Saturday as the Black Lives Matter supporter, the White woman seen on video torching Wendy’s, a video which went viral in the wake of the Brooks shooting.

“Atlanta Fire Arson Investigators, w/ assistance from @GwinnettPd & the @FultonSheriff Fugitive Task Force have arrested Ms. Natalie White, a suspect in the Wendy’s restaurant arson on June 13th. She is being booked into the Fulton Co. Jail. More details to follow. #AFRD” was the tweet.

During his arrest Rayshard Brooks mentioned a woman “Natalie White” to police the night he was killed and now is described as being in a “close relationship” with Brooks.

“You know, Natalie White, she’s my girlfriend. She left. I said, ‘Baby, I’ll get Wendy’s and then I’ll go back …'” he can be heard saying on the tape.

“Natalie White, a suspect in the Wendy’s fire, has been booked in Fulton County Jail. Her attorney confirms she had a close relationship with Rayshard Brooks. #AtlantaProtests #RayshardBrooks“

White now faces charges of first-degree arson. The Georgia State Arson Board had offered an additional $10,000 reward on top of an initial $10,000 offer for any pertinent information that led to an arrest.

White, 29, was booked into the Fulton County Jail.

Magistrate Judge Todd Ashley told the court Ms. White may be a danger to the community and insisted on a $10,000 bond and house arrest. The judge also banned the UGA grad from using social media while out on bond.

White girl shown in video footage starting a fire at @Wendys she needs to be found and arrested for arson!!! pic.twitter.com/aTHtsOe4Hu

Natalie White, a suspect in the Wendy’s fire, has been booked in Fulton County Jail. Her attorney confirms she had a close relationship with Rayshard Brooks. #AtlantaProtests #RayshardBrooks pic.twitter.com/pqE6pTjm1y