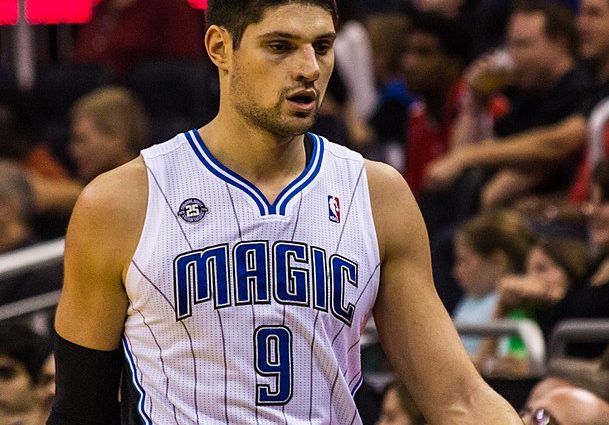 The NBA Board of Governors is expected to approve a plan to resume play on Thursday afternoon.

Those games will determine the seeding for the playoffs.

The games are scheduled to start at Disney World on July 31 with Game 7 of the NBA Finals being played on Oct. 12.

So the NBA’s inviting 22 teams to Orlando: 13 Western Conference, 9 Eastern Conference. Eight-regular season games per team. Play-in for the 8th seeds. July 31-October 12. Vote tomorrow to ratify.
The NBA’s back.

These teams are a lock:

The Ringer list some of the biggest back stories and conspiracy theories of the return:

“The long-running joke (conspiracy theory?) throughout the NBA’s complicated quest to return has been that the league will do whatever it takes to include Zion.,” explaining that Williamson “appeared dominant from the jump, and though he was also slightly raw and reckless,” but could be part of the league’s future identity.

“Adam Silver will finally get his play-in tournament—well, maybe. The NBA will reportedly add an extra series between the ninth- and eighth-place teams in each conference, but only if those two teams are within at least four games of each other,” wrote Justin Verrier, noting that move for a “World Cup–style pool play.”

“The expression ‘Basketball Never Stops’ wasn’t meant to be about scheduling, but it is a literal representation of the usual NBA calendar,” and this year, the phrase could be literal with a normal October season start.

If all goes to plan, the 2019-20 season will conclude on October 12 at the latest. If the 2020-21 season begins around Christmas, like the board of governors are considering, then the offseason will shrink to two and a half months. In that time, the NBA will have to squeeze in:

Check out more at The Ringer, HERE

2020-06-04
Previous Post: Mosquito Prevention Before and After Hurricanes
Next Post: Lawrencia Dixon arrested for stealing $8000 of alcohol during George Floyd riot