NYC HIDES protests from COVID data: Andrew Cuomo says we ‘don’t know what the effect of those protests’

New York City’s COVID-19 contact tracing and monitoring started in June, speaking with 94% of the patients, according to the head of the program on Tuesday. Mayor Bill de Blasio’s office has confirmed details the prove the data will be incomplete or misleading.

“No person will be asked proactively if they attended a protest,” Avery Cohen, a spokesperson for de Blasio, wrote in an emailed response to questions by THE CITY.

According to the source, test-and-trace workers ask COVID-positive individuals general questions to help them “recall ‘contacts’ and individuals they may have exposed,” Cohen said.

Among the initial questions: “Do you live with anyone in your home?”

Tracers ask about “close contacts,” defined as being within six feet of another person for at least 10 minutes, but will not inquire about a protest or rally.

“If a person wants to proactively offer that information, there is an opportunity for them to do so,” Cohen wrote.

The mayor announced his “test and trace” program on May 8, promising that the city would hire 1,000 “contact tracers.”

Dr. Ted Long, who heads the program, said tracers will search databases and call doctors’ offices to find more phone numbers. He also said “community engagement specialists” are being trained to track people down in person.

“One of the key reasons why our program has been so successful so early on, is that more than half of all of our tracers – all of our 3,000 working tracers – are people from our hardest hit communities across New York City, making this a local effort with New Yorkers in our communities serving our communities,” he said. 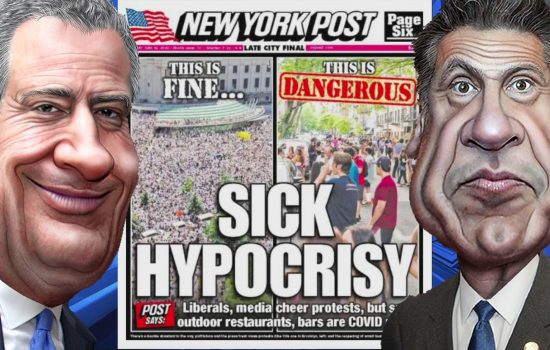 During the last few weeks, New York City has had thousands upon thousands to rally and protest in the wake of George Floyd’s death and support for Black Lives Matters.

“That’s the one variable in this equation that we’re not sure of: We don’t know what the effect of those protests are,” Gov. Andrew Cuomo said.
Despite Cuomo’s concerns about the effect of the protests, the state Health Department has remained neutral on the issue.

Jonah Bruno, an agency spokesperson, stated, “We’re working with New York City to balance the public health priority while also protecting personal privacy, as we seek to ensure a thorough contact tracing program that helps us contain the COVID-19 virus and monitor any fluctuations in the infection rate as we continue reopening New York.”

Dr. S. Patrick Kachur, a professor at Columbia University Mailman School of Public Health and a former official at the Centers for Disease Control and Prevention, said contact trackers face a balancing act: trying to obtain useful information about an infected person’s contacts without alienating them with overly intrusive questions.

“I think the logic has to do with the fact that contact tracing requires a strong level of trust between the interviewer and the person they’re talking to,” Kachur said. “It’s really important to have a good rapport and treat people with ease. It’s important to not ask questions that will impede your ability to do the best job you can.”

The professor made a very profound statement.

“There’s definitely a concern that state and city officials have that the protests could be a place where transmission occurs, but that risk is lower than household and other community contacts,” Kachur said. “And it would be really challenging to trace those contacts who you’ve been protesting with.”