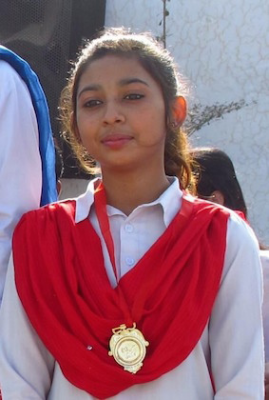 According to Independent Catholic News (ICN), a Christian family has gone to the High Court in Pakistan to fight for the return of their 14-year-old daughter, Maira Shahbaz. Maira was abducted by a man who demanded she abandon her Christian faith and forcefully be married to him.

On April 28, Maira was walking home in Madina Town, near Faisalabad, when Mohamad Nakash and two armed men pulled up in a car, abducted her, and fired guns into the air as they fled the scene. After the abduction, Maira was forcefully converted to Islam and married to Nakash.

Challenging the marriage in court, Maira’s parents claimed the marriage to Nakash was invalid because she is only 14-years-old. However, the Faisalabad Magistrates Court declared Maira’s age to be 19 and that she is validly wedded to Nakash.

Sandhu told ICN, “The case of Maira being a minor is very strong. There are so many gaps and weaknesses in the opponent’s argument.”

Sandhu cites a birth certificate and other official documents that prove Maira is 14. He also claims that the marriage certificate Nakash produced in court is fake. Nakash claims that despite the law, which prohibits marriage to minors, marrying Maira is sanctioned by Islamic custom because she has had her first period.

“In cases like this, what we so often see is that after two or three years, the people send back the girl to their family by which time they have satisfied their lust and have had enough of her,” Sandhu explained to ICN.