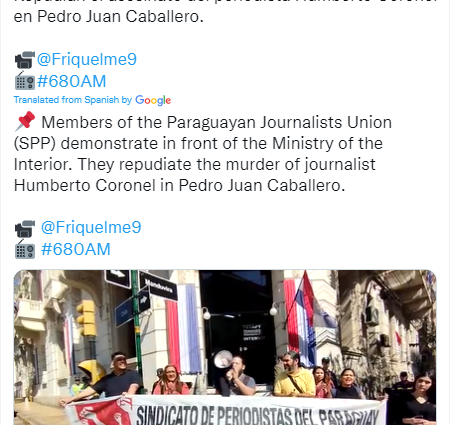 A journalist was shot to death by two unknown individuals who were traveling on a motorcycle this Tuesday in front of the radio station where he worked in the city of Pedro Juan Caballero, 550 km northeast of Asunción, very close to the border with Brazil. 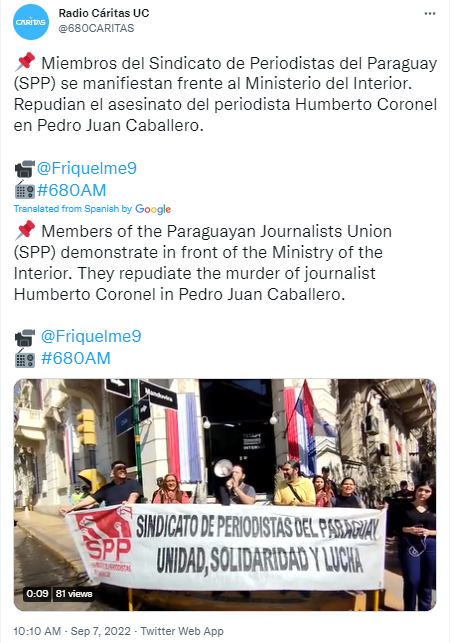 Journalist Humberto Andrés Coronel Godoy, 33, was attacked as he was about to get into his car after leaving the Amambay 570 AM radio station shortly after noon, the police reported.

Coronel had denounced weeks ago having received death threats through a letter in Portuguese thrown in the patio of another colleague’s house. “Humbertito you know too much. Delete those things that you know or you will be eliminated ”, indicated the message that the press echoed.

At that time, the journalist said he did not know the origin of the threats.

The media outlet for which he worked is owned by the family of the former mayor of Pedro Juan Caballero, José Carlos Acevedo, who was shot dead on May 21, also on a downtown street in that city.

Commissioner Nery Portillo, head of Prevention of Punishable Acts of the department of Amambay, specified that the threats against the journalist date back to June. “They told him to shut up and stop investigating some facts,” he recounted.

The police offered him custody but he did not accept, the commissioner added.