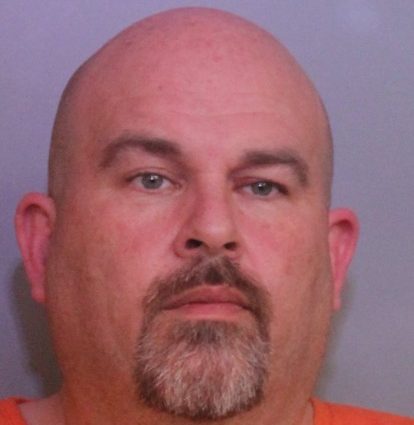 An assistant principal at Pasco High School in Dade City was arrested this week in Polk County on multiple drug possession charges and Driving under the Influence (DUI).

According to the Polk County Sheriff’s Office, 49-year-old Ralph Stewart from Plant City was determined to be impaired and arrested at a crash near the intersection of Kathleen Road and Galloway Road in Lakeland Sunday evening.

According to the arrest affidavit, Stewart “appeared to have difficulty maintaining his balance and swayed side to side as he was walking.” Stewart was also reported to have bloodshot, watery eyes.

During the investigation, deputies also found Stewart to be in possession of Alprazolam and more than 20-grams of marijuana.

At the time of the crash, Stewart was out on bond for a previous DUI, and his driver’s license was suspended on October 17, 2020 for Refusal to Submit to a BAL Test.

Ralph Stewart was arrested and transported to the Polk County Jail where he was charged with the following: Possession of Alprazolam (F3), Possession of Marijuana- over 20 Grams (F3), Maintaining a Public Nuisance by Transporting Narcotics (F3), Possession of Drug Paraphernalia (M1), DUI with Property Damage (M1), and Knowingly Driving while License Suspended/Revoked (M2).

Stewart resigned from his position at the school Monday, according to a spokesman for Pasco County Schools.

2020-12-19
Previous Post: Prostate Cancer: FDA approves Orgovyx for treatment of advanced disease
Next Post: Virginia Governor Ralph Northam tells constituents how and where they should worship