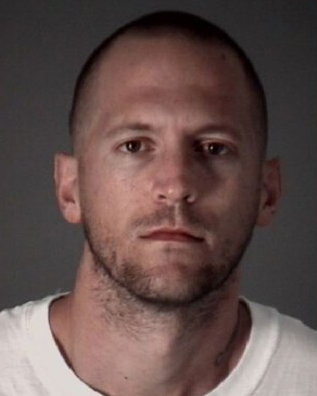 The Pasco County Sheriff’s Office is still searching for Brandon Goggins, described as a “dangerous suspect” will to engage law enforcement with gun fire, according to a witness.Deputies have reopened State Road 52, but the manhunt continues.

The Global Dispatch summarized the early details surrounding the case and hunt for Goggins, noting that the 30-year-old man was spotted in a stolen BMW and pursued by deputies Thursday afternoon. That BMW was spotted near a Moonlake area drug house and pursuit began, climbing over 100 mph before detectives called off the chase due to weather conditions and a risk to the public.

Deputies said he abandoned a car and took off on foot. He is 6-feet-3 inches tall, 170 pounds with strawberry-blonde hair. Goggins is said to be wearing shorts and willing to fight with the police.

“His actions will dictate our actions,” Pasco Sheriff Chris Nocco said. “If he wants to shoot it will not end peacefully for him.”

Authorities spent hours hours searching in the Safety Town area near the Suncoast Parkway Thursday evening. Several heavily armed deputies scoured the area, along with dogs and a helicopter.

At that time, the detective saw the car pull into Safety Town. A woman in the car was taken into custody. She identified the suspect and told deputies he is armed and that he told her he would “shoot it out with law enforcement.”

“Say a prayer,” Nocco said at a press conference. “This guy says he’s going to shoot law enforcement. He wants a shootout with us. We want a peaceful resolution but his actions will determine our actions.”

Deputies believe the suspect is hiding out in a wooded, swampy area near Safety Town.

“It’s a closed-in area, there’s nowhere for him to go back there,” Nocco said.

Officials are telling residents in the area to be vigilant and notify them of anything suspicious.

The sheriff’s office revealed that Goggins is an armed suspect, wanted on multiple warrants.