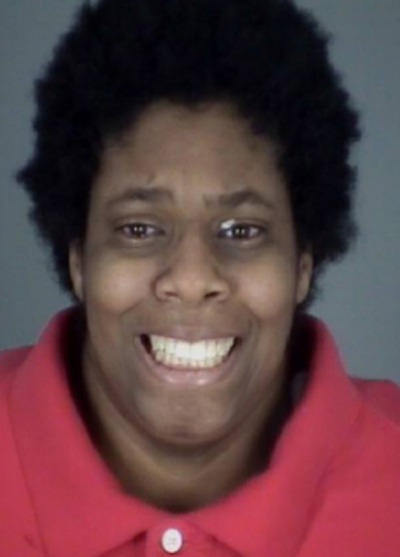 The Pasco County Sheriff’s Office detailed the arrest of a Titusville woman who fled police for 18 miles, hitting other vehilces and patrol car in the process. Allison Cooper was finally stopped, but still resisted police, forcing the use of pepper stray and a Taser.

Police released their body car video, which can be seen and heard below.

Public Information Officer, Kevin Doll said Cooper was driving recklessly on the road just after 11 p.m., but when they tried to stop her, she kept driving north. The Thursday night chase began on U.S. Highway 19 and Moog Road with Cooper stopping near Main Street in New Port Richey.

When police approached the woman, she sped off, hitting an unoccupied patrol car. Deputies deployed stop sticks and deflated the vehicle’s front tires, but the chase persisted for a total of 18 miles before Cooper turned onto a dead end road near Pasco-Hernando State College’s Spring Hill Campus.

Bodycam video recorded the chase and radio transmissions of the deputies.

“We have sparks on the road” said one deputy after Cooper drove over stop sticks.

Cooper continued to resist deputies, refusing to comply with their instruction as a struggle ensued. Police say they entered through the window and they had to use pepper spray and a Taser to get Cooper under control.

“They’re not in their right minds when they’re behind the wheel like that. So it’s up to our deputies to make sure that they stay safe and they can also stop this woman and anybody who drives like her to save the public from getting injured as well,” said Doll.

Copper was arrested and taken to the Land O’ Lakes Detention Center on a $27,000 bond.