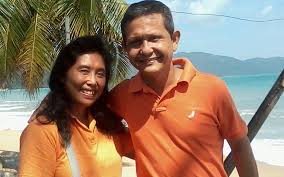 The Human Rights Commission of Malaysia (Suhakam) will resume the public inquiry into the disappearance of Pastor Joshua Hilmy and his Indonesian wife Ruth, who were last seen in November 2016, once the conditional movement control order (CMCO) is lifted.

According to Suhakam commissioner Jerald Joseph, they would first wait for the government’s decision to see if the conditional movement control order (MCO) would be extended. The MCO is supposed to be due to end on June 9.

“The Suhakam office just opened this week. We will finalize the dates by checking with the lawyers and stakeholders,” Joseph told the Star, a local media group on June 2.

The inquiry to the Christian couple had started in February, but was suspended in mid-March after two Suhakam commissioners, including Joseph, tested positive for COVID-19.

Little is known about the disappearance of the Hilmy couple except that they were last seen on Nov 30, 2016, and reported missing on March 6, 2017. The inquiry has heard that the couple intended to flee the country after receiving threatening phone calls and emails over Joshua’s alleged conversion of Muslims to Christianity.

The inquiry also learned that Hilmy has been baptizing people, from as far back as 2011. The baptisms were mainly conducted in bathrooms using a shower head, while one was conducted in a pond. In Malaysia, Muslim citizens cannot convert to other faiths without consent of a Shariah court, as Islam is the country’s official religion.