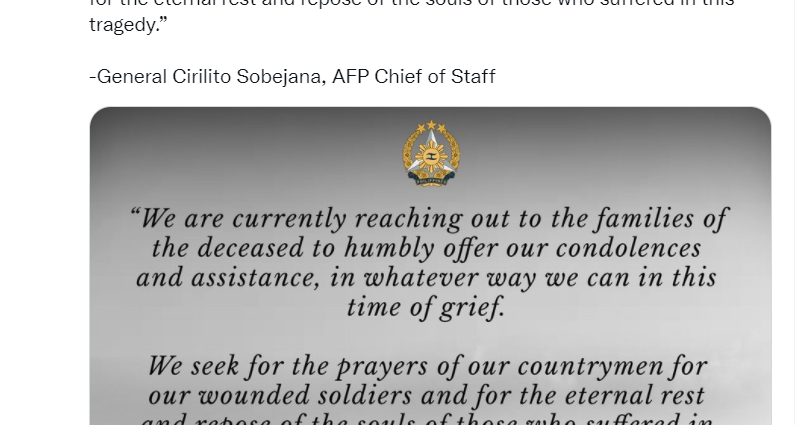 On Sunday, Defense Secretary of the Philippines, Delfin Lorenzana tweeted:

Like most of us, Sundays have been restful and happy occasions for me, until today. At noontime, CGPAF confirmed the heartbreaking crash of a C130 aircraft in Jolo, with close to a hundred soldiers onboard including the crew. 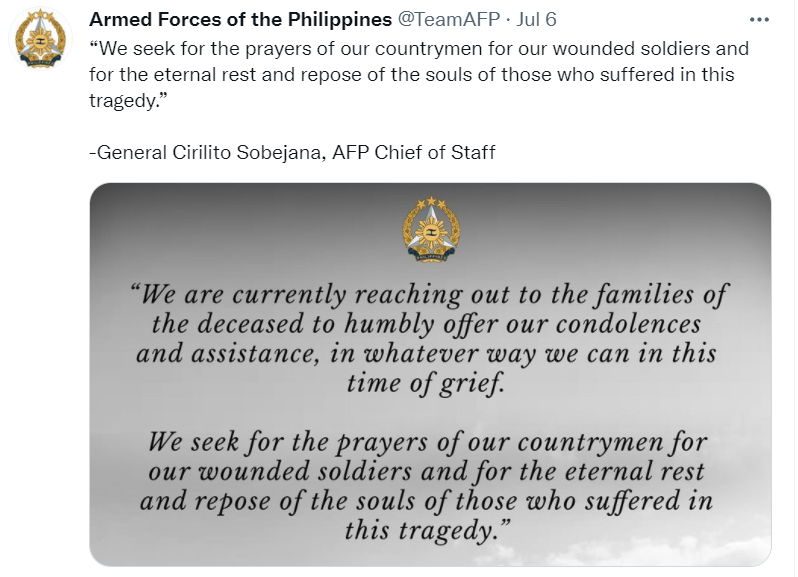 President Rodrigo Roa Duterte on Monday, paid tribute to soldiers who died in the C130 crash in Sulu.

The President was joined by the Secretary of National Defense Delfin Lorenzana and Armed Forces of the Philippines (AFP) Chief of Staff General Cirilito Sobejana during the wake of the fallen soldiers at the Naval Forces, Western Mindanao Command in Zamboanga City.

“They died for our country and it behooves upon us to continue the help. That they were alive as they are now,” President Duterte said.

Today, The Armed Forces of the Philippines (AFP) on Wednesday positively identified 19 of the 49 military personnel who died in the ill-fated C-130 plane crash three days ago in Sulu.

Sunday, Secretary Lorenzana ordered a full investigation to get to the bottom of the C-130 incident, as soon as the rescue and recovery operation is completed.

AFP chief, Gen. Cirilito Sobejana said, “This is a very hard task since the cadavers were beyond recognition but we have experts supporting our efforts. We are doing our best to expedite the identification and the ongoing investigation without compromising its credibility.”

He, meanwhile, asked for the public’s understanding as investigating teams have yet to gather more pieces of evidence to find out the circumstances of the crash.

“Our people can be assured of the AFP’s transparency however the investigation process takes time. All factors are being considered in our deliberate efforts to ensure the accuracy of the findings,” he added.

PHILIPPINES: PANGASINAN RADIO ANNOUNCER, VIRGILIO MAGANES, SHOT DOWN IN FRONT OF HIS HOME