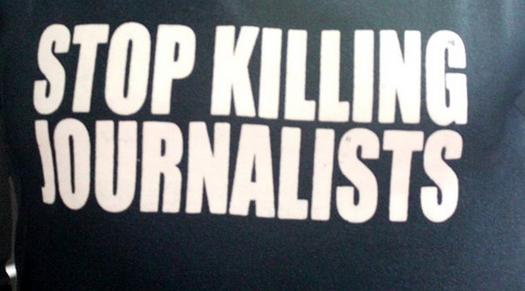 Pangasinan newsman and radio announcer (radio station dwPR in Dagupan), Virgilio S. Maganes, was shot down last week in front of his house in Villasis, Pangasinan, according to police.

A police spot report said Virgilio Maganes, who turned 62 on November 7, was about to enter his residential compound in Sitio Licsab, Barangay San Blas when the killers shot at him six times, killing him immediately.

The National Union of Journalists of the Philippines said Maganes survived a murder attempt in 2016. He played dead when motorcycle-riding gunmen shot him as he rode a tricycle.

Malacañang strongly condemned the killing and vowed to hunt down and punish those responsible.

“We are deeply saddened by the untimely death of Virgilio Maganes and extend our sincerest condolences to his family. This administration condemns any type of killing, especially those in the media,” Presidential Communications Operations Office (PCOO) Secretary and Presidential Task Force on Media Security (PTFoMS) Co-Chair Martin Andanar said in a news release.

Maganes would be the 18th journalist murdered during the Duterte administration and the 190th since 1986.