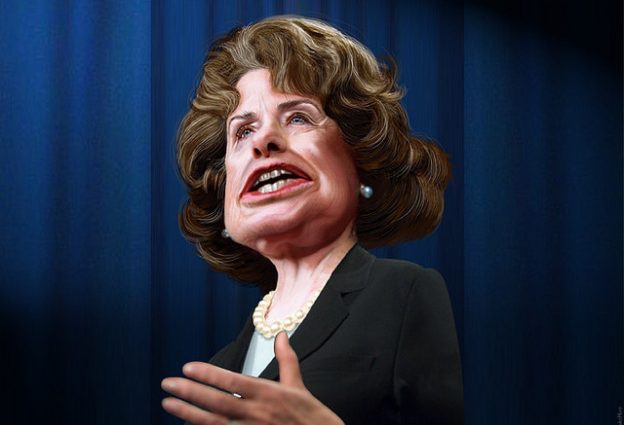 California Senator and ranking member of the Senate Judiciary Committee, Dianne Feinstein has drawn the ire of NARAL Pro-Choice America prompting the organization to call for her replacement after she was apparently kind to Judge Amy Coney Barrett during questioning over her nomination to the Supreme Court this week.

NARAL Pro-Choice America President Ilyse Hogue said, “This nomination is illegitimate and this process is a sham. Tens of millions of Americans have already voted and majorities have said unequivocally that they want to choose the next President who should fill this seat. Amy Barrett and this power grab pose a grave threat to every freedom and right we hold dear and tears the very fabric of our democracy. Americans–whose lives hang in the balance–deserve leadership that underscores how unprecedented, shameful and wrong this process is.

“The Ranking Member of the Senate Judiciary Committee, Senator Dianne Feinstein, failed to make this clear and in fact offered an appearance of credibility to the proceedings that is wildly out of step with the American people. As such, we believe the committee needs new leadership.”

What specifically Sen Feinstein said to offer Judge Barrett “an appearance of credibility” is not clear. Perhaps it is when the Senator said she was really impressed with Amy Coney Barrett’s definition of Severability (MSNBC video HERE with praise cut out?!) and praised her family more than once or maybe when she praised Republican Judiciary Committee Chairman Sen. Lindsey Graham’s handling of the committee process.

Sen Feinstein said the following after the conclusion of the Barrett nomination hearing:

“Judiciary Committee Democrats had one goal this week: to show what’s at stake under a 6-3 conservative Supreme Court – and we did that. We showed that Judge Barrett has a long history of opposing the Affordable Care Act and Roe v. Wade and represents the vote to overturn both.

“The Senate is structured so the majority had absolute control over this process. When Republicans signaled they’d move ahead in the face of all objections, the only thing we could do was show this nominee would radically alter the court, and we accomplished that.

“I plan to vote no on confirmation of this nominee.”

2020-10-17
Previous Post: Florida: Fort Myers and Town ‘n’ Country in top 10 Fastest-Growing Cities in America
Next Post: Salmonella outbreak linked to peaches over in the US and Canada