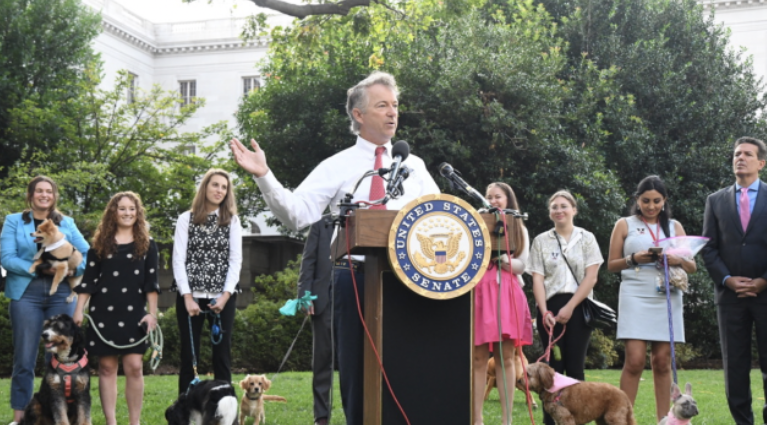 This legislation would end an outdated FDA mandate that experimental drugs must be tested on animals before they are used on humans in clinical trials. The bill would not ban animal testing outright, but would allow the option for drug sponsors to use alternative methods where they are suitable.

“The FDA Modernization Act would accelerate innovation and get safer, more effective drugs to market more quickly by cutting red tape that is not supported by current science. It would also prevent the needless suffering and death of animal test subjects—which is something I think both Republican and Democrats can agree needs to end,” said Dr. Paul.

“Thanks to modern scientific innovation, the use of animal toxicity testing for experimental drugs has become increasingly obsolete,” said Sen. Booker. “This legislation will eliminate unnecessary suffering for countless animals when scientifically reliable alternative testing methods are available.”

In 1938, Congress passed the U.S. Federal Food, Drug, and Cosmetic Act, mandating animal toxicity testing. Since then, science and data has shown that in some products, animal testing is a highly inconsistent predictor of toxic responses in humans, all while animal testing on any single pharmaceutical product often requires killing hundreds of animal test subjects.