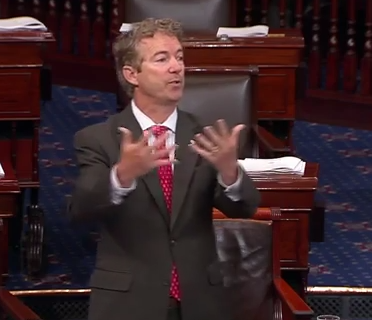 While the $1.9 trillion COVID spending bill advanced through the US Senate in a 50-49 vote party line vote, U.S. Senator Rand Paul (R-KY) announced a bright spot in the massive spending bill proceedings.

On Thursday, Paul, the ranking member of the Senate Small Business Committee forced Democrats to remove a provision that would have allowed every Planned Parenthood across America to receive free money through the Paycheck Protection Program – money which was always intended for small businesses.

“Democrats knew this was never about COVID relief or helping small businesses,” said Dr. Paul. “It was a shameless attempt to fund their radical agenda on the taxpayers’ backs and I was successful in preventing that from happening by stopping these funds from going to abortion mills.”

According to information provided by the Senator: Under the House passed version of the bill, individual Planned Parenthood locations would be treated as separate and distinct entities, being eligible for federal assistance under the PPP. The original congressional intent of PPP was to limit large and well-financed groups, such as Planned Parenthood from receiving a loan, and instead provide relief to small business affected by COVID-19. Democrats had planned to waive affiliation rules for nonprofits to provide paycheck protection loans to Planned Parenthood in the House version of the COVID-19 relief package. The Paul team strenuously argued to the Senate Parliamentarian that this waiver would only benefit Planned Parenthood and thus violated the so-called Byrd rule.  Before the Parliamentarian was able to rule on the arguments presented, the Democrats filed an updated version of the bill that did not include the offending provision – a concession that avoided setting a precedent.