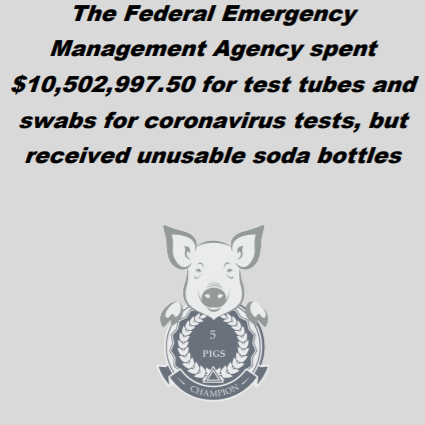 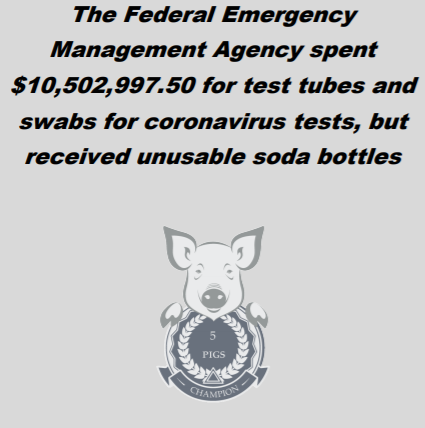 The sixth edition includes sections broken down into Health Care; Foreign Aid; Environment, Energy, Science; Military; and Miscellaneous, and highlights include lizards on treadmills, losing over 100 drones in Afghanistan, and combating binge-watching.

In addition, each story received a “Platinum Pig Award” that ranked the waste on a scale of 1-5 (with 5 being the most wasteful).

While 2020 saw it’s share of chaos, Congress spent as never before, doing so ostensibly without a care.

The Congressional Budget Office says the Fiscal Year 2020 deficit was an eye-watering $3.1 trillion, with a “T.” Some of that is traceable to COVID-related spending, but a lot of it was not.

Check out the report HERE