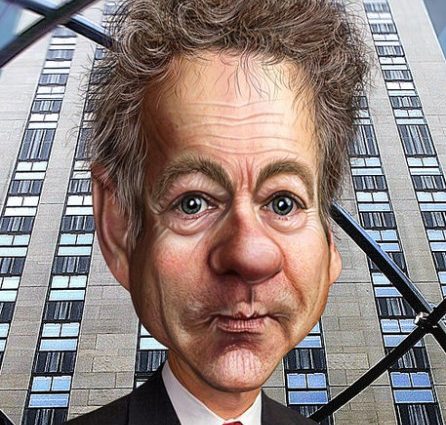 Kentucky Senator Rand Paul has been very pointed the past month in the Senate, taking on some of the most ridiculous and sometimes dangerous topics the left has been pushing to make mainstream and adding some sanity to it all.

First it was Secretary of Education nominee, Miguel Cardona. The questioning was on transgender students competing in sports corresponding to their gender identities.

Paul asked Cardona, “What do you think in general about boys running in girls track meets?” Seems pretty plain and simple, right? That has to be unfair and detrimental to high school and college female athletes.

Cardona is all onboard with it. To this Paul said, “I think most people in the country think this is bizarre, it’s just completely bizarre”.

True enough…it is bizarre and will devastate girls sports. Why would anyone think this is fair and acceptable?

“Do you believe that minors are capable of making such a life-changing decision as changing one’s sex?” and “Do you support the government’s intervening to override the parent’s consent to give a child puberty blockers, cross-sex hormones, and/or amputation surgery of breasts and genitalia?” were key questions to Dr Levine, which she outright didn’t answer.

We the people deserve an answer.

Lastly, the beat down of Dr Fauci on the issue of mask use even after having taken the vaccine, citing a new study on immunity. Paul called Fauci’s double mask use after being fully vaccinated “theatre”.

“You wan to get rid of vaccine hesitancy? Tell them you can quit wearing your mask after they get the vaccine,” Paul said. “You want people to get the vaccine, give them a reward instead of telling them that the nanny state’s going to be there for three more years and you got to wear a mask forever. People don’t want to hear it.”

“Well, let me just state for the record that masks are not theater,” Fauci replied. “Masks are protective.”

“If you have immunity, they’re theater,” Paul said. “If you already have immunity you’re wearing a mask to give comfort to others.”

These were just in the past few weeks. Standing for sane policy.

Sen. Paul has also done a yeomen’s job of sponsoring or cosponsoring legislation to advance liberty in the country to include bipartisan legislation to repeal the 1991 and 2002 Authorizations for Use of Military Force (AUMF) against Iraq, Audit the Fed, the Reforming Emergency Powers to Uphold the Balances and Limitations Inherent in the Constitution (REPUBLIC) Act, the National Right to Work Act and the Three Penny Plan for balancing the federal budget…and that been in just the past month.

Rand Paul, in my opinion, stands alone for bravery and consistency in the fight for liberty and sanity in the US Senate.

Grandpa Ernie’s Diary looks at politics and society and the good, bad and outright foolish in social media.

2021-03-21
Previous Post: John Kerry is above it all and doesn’t believe what he endorses
Next Post: Publix administers 1 million COVID-19 vaccines in Florida