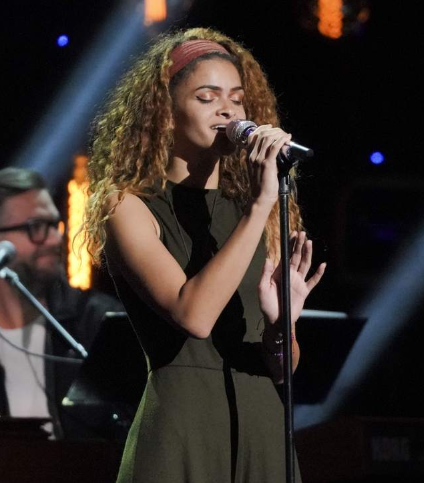 Raquel Trinidad and Shevonne Philidor may not be household names…yet, but the pair have fans in their hometown of Tampa and those fans will be watching American Idol closely, cheering for the hometown favorites.

Philidor graduated from in 2009 from Blake High School, recognized in the theater department while Trinidad played trumpet in the Alonso High School marching band.

“The judges were so into it,” Trinidad said, quote in a new post by the TB Times about getting the audition. “They loved it. Katy Perry told me I could win the entire competition.”

“It’s changing my life because it’s making me change my mindset, and it’s making me practice all the time,” she said. “When I came back, I was like, Wow, I’m realizing that I’m going somewhere every single day.”

Philidor, on the other hand, received her ticket to the top 40 March 24, but fans haven’t watched her singing this season…yet. Well, stay tuned Idol fans, Tampa knows you’ll be happy.

Get more info on Idol over at ABC HERE

“American Idol” is returning to The ABC Television Network for the 2018-2019 season, after first making its return to airwaves as the No. 1 reality show launch for its inaugural season on the network during the 2017-2018 season. Helping to find the next singing sensation is music industry legends and all-star judges Luke Bryan, Katy Perry and Lionel Richie. Emmy®-winning producer Ryan Seacrest will also return as host. The beloved singing competition series recently completed its open call bus tour auditions, visiting 24 cities across the country in a nationwide search for the next superstar. Judge auditions are currently underway in select cities across the country.