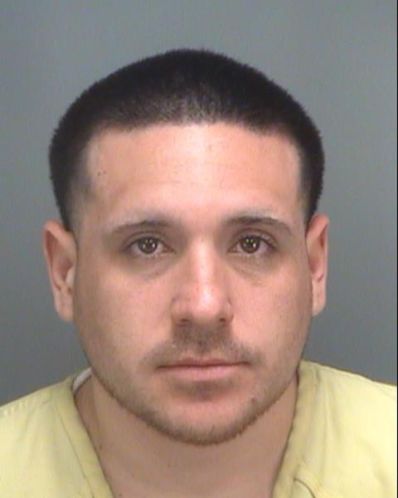 According to deputies with the Pinellas County Sheriff’s Office, Robert Alcalde is the man who invaded a Clearwater home in a drug-crazed episode that couldn’t be stopped by officers when they arrived.

Alcalde, 31, broke into the home of Heather and Steven Aiosa through the couple’s front window. Steven Aiosa grabbed the two weapons he had, a gun and a machete, managing to chase Alcalde outside.

Alcalde attacked and tackled his wife Heather, 40, and the fight escalated.

“In defense of his wife,” started Sheriff Bob Gualitier, “He took the machete and began striking this guy and at that point the intensity of the fight got worse.

Neighbors had heard the commotion, confirming to the press that they heard “screaming” and then the deputies arrived, used a stun gun six times to slow the man down.

Alcalde died on the way to the hospital.

Following the attack, investigators discovered that mere hours before the break-in, Alcalde had contact with law enforcement, the Clearwater Police Department.

Alcalde’s father told investigators that the man had a “bad drug problem.” In addition, he has a criminal history dating back 19 years, more recently serving two years on a burglary conviction.

“There is no indication of any familiarity between Alcade and the Aiosa’s whatsoever,” said Sheriff Gualitier. “No indication of targeting. It was opportunity perhaps.”