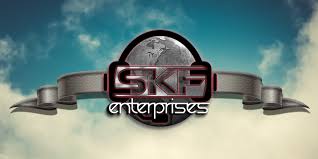 United States Attorney Maria Chapa Lopez announces that Samuel Friedman (47, Pasco County) has pleaded guilty to conspiracy to commit health care fraud. He faces a maximum penalty of 10 years in federal prison. A sentencing date has not yet been set.

According to the plea agreement, Friedman owned and operated a telemarketing operation known as SKF Enterprises, LLC. SKF targeted the Medicare-aged population to generate orders for durable medical equipment (“DME”) and cancer genetic (“CGx”) testing. SKF’s call center employees were trained to follow a script of triage questions designed to upsell DME and CGx testing to Medicare beneficiaries. SKF then packaged this information into the format of a prescription for doctors’ approval under the guise of “telemedicine,” but no proper telemedicine occurred. Rather, doctors’ signatures were secured in exchange for bribes and kickbacks. During the scheme, Friedman bribed numerous doctors, through fraudulent “telemedicine” companies, to sign and to approve thousands of DME and CGx-testing orders, regardless of medical necessity.

Once signed by doctors, Friedman sold the prescriptions to client-conspirators for submission to Medicare and the Civilian Health and Medical Program of the Department of Veterans Affairs. The conspirators attempted to conceal their illegal kickback relationships using sham boilerplate marketing agreements. For these illegal sales, conspirators paid SKF more than $3.4 million.