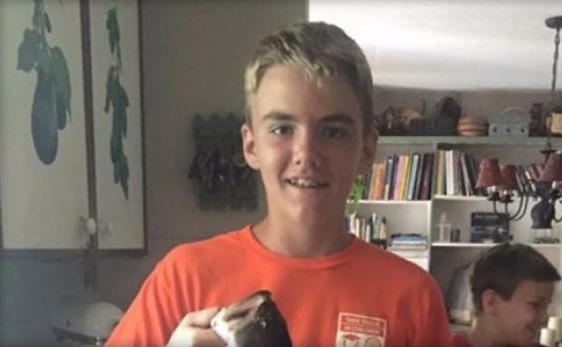 The July 4th weekend was a tragedy for a Sarasota family as Stephen Brumby was accidentally shot and killed at the High Noon Gun Range by his father William Clayton Brumby when a stray casing bounced off a wall and into Clayton’s shirt, the man’s gun went off, killing his son.

“Brumby then used his right hand, which was holding the handgun, in an attempt to remove the casing. While doing so, he inadvertently pointed the firearm directly behind him and accidentally fired,” the Sarasota County Sheriff’s Office said.

The round struck Stephen. who was rushed to an area hospital, but he passed away.

Clayton has taken ownership of the incident, saying it was his fault, not the gun and the accident cannot be undone.

“The gun didn’t kill my boy. I did,” he told CNN. “Every round in the gun is your responsibility. When it fires you need to stand to account for it. That’s what I’ve spent the last two days doing, accounting for my operating error.”

Police said there are no plans to charge William Brumby with a crime.

“It was a very freak accident. I made a mistake,” he said.
“It doesn’t take but a split second for something to go wrong and that could be (the case) with a gun, it could be with the wrong medicine, it could be with any number of things.”
Visit this GoFundMe page to assist the family with expenses.
The older brother was also at the range when the accident happened. He spoke to the press and offered more details, check them out at the full coverage at The Global Dispatch
2016-07-07
Previous Post: Robert Avery drops out of Largo commission race after extortion accusations by Aaron Darr
Next Post: Raymond Hermann listened ‘to the voice in his head, burned down neighbor’s house