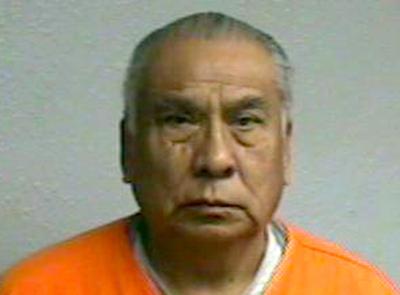 The U.S. Supreme Court has ruled about half of Oklahoma belongs to Native Americans, recognizing this part as a reservation.

The justices decided 5-4 in the Jimcy McGirt 1997 child rape case, that Oklahoma’s eastern portion, including Tulsa, will now fall under federal jurisdiction for criminal prosecution and that the tribe members in this boundary may be exempt from state taxes.

“Today we are asked whether the land these treaties promised remains an Indian reservation for purposes of federal criminal law.

“Because Congress has not said otherwise, we hold the government to its word.”

This half of Oklahoma, impacted by the ruling, has an approximate population of 1.8 million people, with 15% Native American, spanning around three million acres.

McGirt, 71, was convicted in 1997 in Wagoner County of raping a four-year-old girl.

He cited the historical claim of the Muscogee (Creek) Nation to the land where the assault occurred, arguing that only federal authorities should have been entitled to prosecute him.

McGirt is a member of the Seminole Nation.

His lawyer, Ian Heath Gershengorn, told CNBC: “The Supreme Court reaffirmed today that when the United States makes promises, the courts will keep those promises.”

He wrote: “The State’s ability to prosecute serious crimes will be hobbled and decades of past convictions could well be thrown out.

“The decision today creates significant uncertainty for the State’s continuing authority over any area that touches Indian affairs, ranging from zoning and taxation to family and environmental law.”

Tim Pool discussing the ruling an potential impact on his show.

“I’m curious to how this will affect the congressional districts if they’ve said this IS, THIS IS a Native American reservation,” Pool said, discussing fallout scenarios with TimCast IRL co-host Adam Crigler.

An analysis of the Oklahoma Department of Corrections records found that 1,887 Native Americans were in prison as of the end of last year for offences committed within the boundaries of the tribal territory. Nearly 200 of those cases were found to be clearly be eligible for a new federal trial.

“All the sky-is-falling narratives were dubious at best,” said Jonodev Chaudhuri, a former chief justice of the Muscogee Nation’s Supreme Court, dismissing the thought of chaos.

“This would only apply to a small subset of Native Americans committing crimes within the boundaries.”