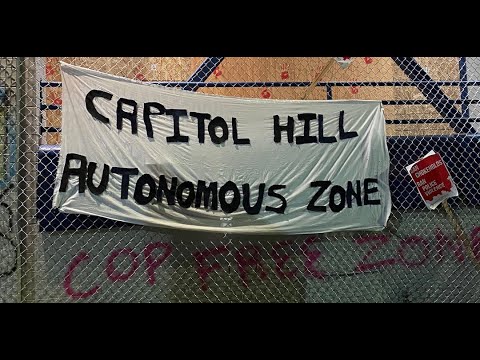 Seattle protesters have taken over a a six-block autonomous zone made up of armed citizen patrols, called the Capitol Hill Autonomous Zone (CHAZ) with wooden barricades and armed checkpoints meant to keep out uniformed police officers.

Above the precinct reads: “THIS SPACE IS NOW PROPERTY OF THE SEATTLE PEOPLE.”

A rapper named Raz Simone, appears to have tried to position himself as the leader of the “No cop, Co-op,” where hundreds have been encouraged to remain camped out to occupy area in Seattle’s capitol district.

President Trump tweeted the “warlord” nickname for Simone, commenting on the chaos. Simone refutes the label and accusation.

“The President really put a hit on my head,” Simone tweeted. “I’m not a Terrorist Warlord. Quit spreading that false narrative. The world has NEVER been ready for a strong black man. We have been peaceful and nothing else. If I die don’t let it be in vain.”

Simone, a local rapper with an AK-47 slung from his shoulder and a pistol attached to his hip, screamed, “This is war!” into a white-and-red megaphone and instructed armed paramilitaries to guard the barricades in shifts.

Washington Gov. Jay Inslee have thrown support behind Black Lives Matter and urged Trump to stop tweeting and “go back to your bunker.”

Seattle Assistant Police Chief Deanna Nollette has said the department is working to identify the leaders in CHAZ to discuss reopening the precinct and noted officers are responding to 911 calls in the area.

“We are dedicated to working with peaceful protesters on a way to move forward,” Nollette said. “There’s a whole citywide effort to try to identify who the leaders are. It’s just a matter of establishing a dialogue so we can take down the plywood and welcome people back into the lobby.”

Meanwhile, “THE DEMANDS OF THE COLLECTIVE BLACK VOICES AT FREE CAPITOL HILL TO THE GOVERNMENT OF SEATTLE, WASHINGTON,”  has been published on Medium.com. The list of 30 demands calls to defund the police department and retry “all People in Color currently serving a prison sentence for violent crime,” among other goals.

DAILY MAIL compiled tons of photos in their coverage.

“The homeles [sic] people we invited took away all the food at the Capitol Hill Autonomous Zone,” the person tweeted. “We need more food to keep the area operational. please if possible bring vegan meat substitutes, fruits, oats, soy products, etc. – anything to help us eat.”

UPDATE: VIDEO ADDED BELOW TO VERIFY OUR REPORTING

STOP AND FRISK IS IN AFFECT

Armed protesters have been spotting manning checkpoints where they check identification and frisk people at entrances to the zone.

The President really put a hit on my head. I’m not a Terrorist Warlord. Quit spreading that false narrative. The world has NEVER been ready for a strong black man. We have been peaceful and nothing else. If I die don’t let it be in vain. pic.twitter.com/HSEs5C2QRv

DEMAND (Highlights via Medium, no changes made by Dispatch)

We also have economic demands that must be addressed.

Related to economic demands, we also have demands pertaining to what we would formally call “Health and Human Services.”

Finally, let us now address our demands regarding the education system in the City of Seattle and State of Washington.

0:00 Approach
0:35 “We are the police of this community now!”
6:20 “For your own safety, you need to go” seems like a thinly veiled threat
7:10 “You might need a little love tap” as a cutesy way of describing earlier assault
9:10 “We got to the point where addressing the point physically was the best way to get our point across.”
11:00 Video blacked out as conflict heats up.
12:30 Someone starts yelling “WHAT THE FUCK” for reasons unclear. Based on later context, this appears to be when most of the assault occurred, may have involved kicking, definitely broke his glasses.
13:20 “Give me your phone and sit down.” / “You just broke my glasses! I’m blind!” /”If you don’t sit down, I’ll make you sit down!”
13:45 “You just broke my glasses and stole my phone!”
14:45 “You just broke my glasses!” “Yeah, we should have broken your face!”
15:10 “Don’t be making no threats n****, I’ll blow your brains out”
(the “threat” appears to have been “I want to leave here within the next 15 minutes”, I think?)
16:10 “I tried to walk away from you guys, and you guys chased me”
27:37 “When everyone was Looting and putting shit on Fire, what’s what I was about. I loved that (…) that’s what got the biggest results”
“The whole world is looking at Seattle specifically”
28:55 “If you painted that yesterday they would have celebrated it, coz today they want to run and take over the block”
37:43 “I’m not gonna stay here and let you play victim” Conversation heats up
39:35 “I want us to have an open discussion”
41:01 “Why the fuck should I care” “The whole place is burned..” “Yesterday they wouldn’t have given a fuck”
41:28 “We are trying to self-police before they come police us”
43:00 “It’s like the police fucking chasing me”
43:38 “You are not leaving unless someone beats your ass”
46:46 “Sorry bro” Group Hug 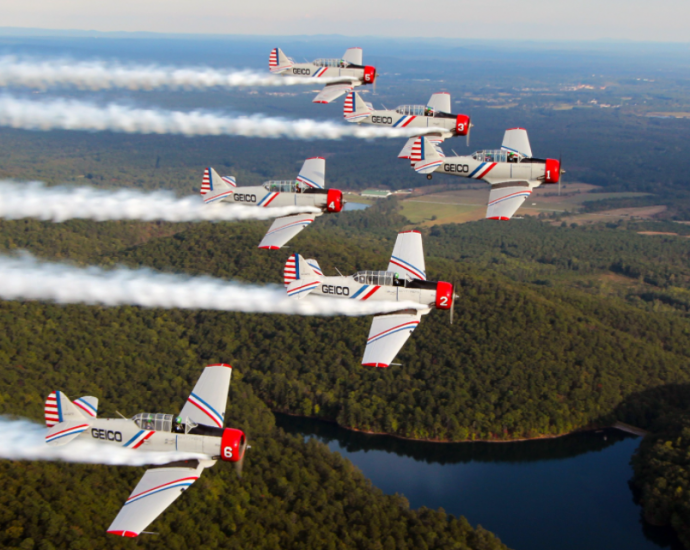