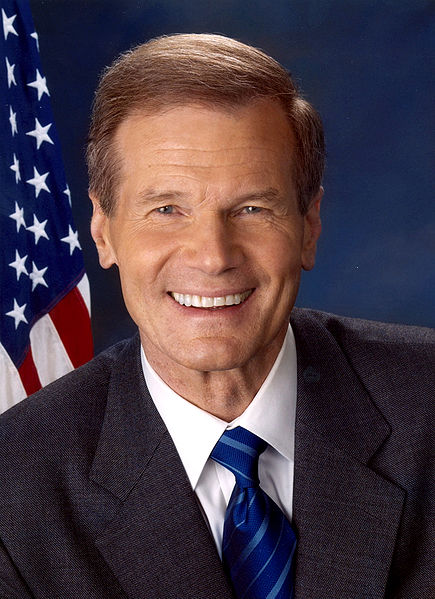 A fifth generation Floridian, U.S. Senator Bill Nelson was first elected to public office in 1972. He served in the Florida Legislature, the U.S. House of Representatives and as Florida’s State Treasurer, Insurance Commissioner and Fire Marshal before being elected to the U.S. Senate. He has long advocated for growth management, conservation lands, habitat restoration and consumer protection. Senator Nelson is widely recognized as a moderate voice and an advocate for Florida’s public lands.

Following the BP oil disaster in 2010, and with many millions of gallons spilled into the Gulf, Senator Nelson played a critical role in shepherding a bill, in collaboration with other Gulf state Senators, to have the majority of the reparations money come back those states most impacted by the disaster. Without this bill, the money would have gone into the general fund. The bill passed out of Congress and now monies from the fines will be used to aid in environmental and economic recovery along the Gulf Coast.

Senator Nelson has consistently backed conservation measures throughout the nation. He is a keen supporter of alternative energy, and opposed opening the pristine Arctic National Wildlife Refuge to oil drilling. In Florida, he has been a key backer of Everglades restoration and the protection of the Picayune Strand region, home of our endangered panther. He also helped with securing the 91,000-acre Babcock Ranch in Southwest Florida for the state and has facilitated the remediation of contaminated sites via the Superfund program.

More recently, Bill Nelson has again positioned himself at the forefront of defending against federal legislative initiatives which would lessen protection for our Gulf. These efforts, which seek short-term financial gain while risking the economic and environmental vitality of our home state, have found an unyielding roadblock in Senator Nelson. Moreover, he continues to fully support restoration of the Apalachicola River, encourage renewable energy and protect special areas like the Big Cypress National Preserve from the dangers of fracking.  His determination to ensure a healthy Gulf of Mexico and clean water has been of benefit to us all.

For his long-term and stalwart dedication to the conservation of Florida’s natural resources, the Federation is proud to induct Senator Bill Nelson into its Conservation Hall of Fame.