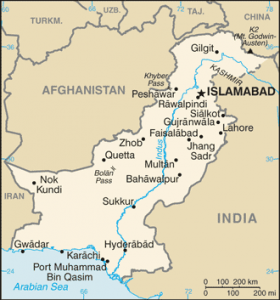 The U.S. Commission on International Religious Freedom (USCIRF) is troubled by the sharp rise in blasphemy cases and mob violence in recent months targeting Shi’a Muslims in Pakistan, particularly in Khyber Pukhtunkhwa Province.

“Firm action needs to be taken against mob violence and vigilantism targeting the Shiite communities,” said USCIRF Vice Chair Anurima Bhargava. “The Pakistani government is responsible for ensuring the rights, safety, and security of all its citizens, including religious minorities who are particularly vulnerable to the country’s rigid blasphemy laws.”

Last week, vigilante students at Kohat University of Science and Technology, in Kohat district, attempted to lynch an unnamed Shi’a student for allegedly posting blasphemous remarks on Facebook. The angry mob beat the student and charged the vice-chancellors office, demanding that the student be expelled from the university or they would kill him. The accused student was expelled, taken into police custody, and charged with blasphemy under Pakistan’s Penal Code.

The Human Rights Commission of Pakistan (HRCP) reported that in August alone more than 40 blasphemy cases were registered against members of the Shi’a community. The following month in September, in another incident in Charsada district, 61-year old Maruf Gul and his family home were attacked by an angry mob. Gul, who identifies as Sunni Muslim, was accused of questioning the story of Abraham’s offering to sacrifice his son Ismail to God with his Shi’a Muslim landlord. The accused was charged with blasphemy and arrested by police, who advised his family to move out of the neighborhood.