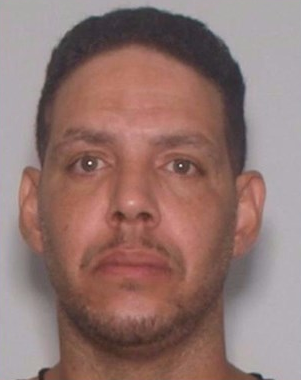 A St. Petersburg couple, John Riggins and Sheron Pasco, remains hospitalized Wednesday with serious burn injuries as police are still investigating how and why a man set the woman on fire.

Riggins and Pasco live with the woman’s uncle, Ernest Neal, who told police that the couple’s argument escalated out of control and she was engulfed in flames. The family tried to assist the woman who is now in critical condition.

Riggins, 37, was found at a nearby vacant house as St. Pete Police mounted a search for the man after he fled the Neal’s home when police were called.

“She was on fire like that and we got the fire out in all her skin was peeling off from her face to her legs and back. It was really bad,” Neal told Channel 10.

Police say a witness saw Riggins leaving with a gas can in hand. Riggins’ condition was not reported, but he also was treated for burns at a local hospital.

Police identified Riggins as a suspect at first, but police now say they just want to talk to him about what happened. Riggins, who has a lengthy criminal record, has not been charged.

Channel 10 news quoted Riggins’ former girlfriend, Yashica Clemmons, who told police that the man has a violent history and that she was “certain” he had set their home on fire in 2011 after she confronted him about cheating on her. She was not home at the time of the fire.

Police say no one saw who set Pasco on fire. She denies doing it herself. And, according to Pasco’s uncle, she denied that Riggins did it.

Riggins and Pasco were the only two people in the room.

Riggins has also been arrested in the past for armed robbery, domestic battery and child abuse dating to 1994.

The investigation is on going.