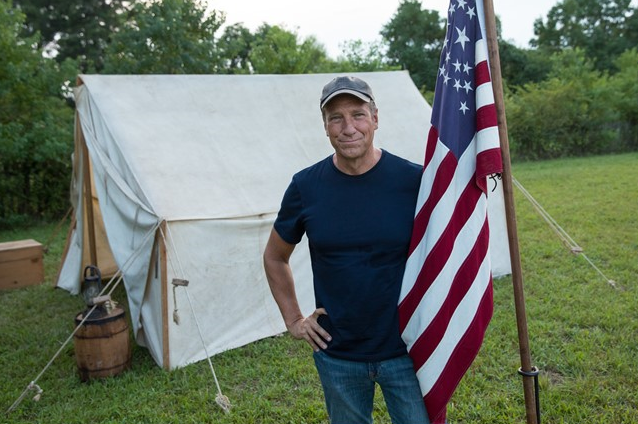 ‘Six Degrees with Mike Rowe’ premiers on Discovery+: How find the ‘perfect soulmate’ with a horseshoe

Mike Rowe has taken on some of the dirtiest jobs on Earth. Now he’s putting in that same hard work ethic – along with some elbow grease – to prove once and for all that everything in the world is connected. SIX DEGREES WITH MIKE ROWE, premieres Monday, January 4 on Discovery’s streaming service Discovery+.

“I’m super excited to have a new show on Discovery+, and delighted to announce that it doesn’t take place in a sewer. If I can remember half of what I learned while filming this remarkable series, I’ll be twice as smart as I ever was. And if viewers have as much fun watching it, as I did making it, we’ll be announcing Season 2 in no time!” Mike Rowe said.

In each of the six episodes, launching all at once on Discovery+, Mike transports himself back in time to some of the most major moments in history and connects the dots between these events – revealing incredible stories along the way. With his wry sense of humor and candid, no-nonsense take, Mike links society’s most taken-for-granted moments to their surprising origins and connects them to the modern world of today. To help him out, he’s roped in his pal Chuck who (reluctantly) acts out some of the historical events, demonstrating how everything in our wonderfully weird world came to be related.

Can a mousetrap really cure your hangover? Did a garbage man give us a glimpse into the big bang? And how can a horseshoe help you find the perfect soulmate? Mike leaves no stone left unturned as he discovers the unexpected and uncovers some amazing answers.

One thing is certain – Mike’s wild travel back through time will show that truth is oftentimes stranger than fiction and reveal how interconnected we are in a time when everyone and everything feels so distant.

About Discovery Channel
Discovery Channel is dedicated to creating the highest quality non-fiction content that informs and entertains its consumers about the world in all its wonder, diversity and amazement. The network, which is distributed to 100.8 million U.S. homes, can be seen in 224 countries and territories, offering a signature mix of compelling, high-end production values and vivid cinematography across genres including, science and technology, exploration, adventure, history and in-depth, behind-the-scenes glimpses at the people, places and organizations that shape and share our world. For more information, please visit www.discovery.com