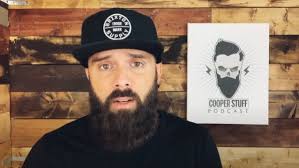 John Cooper, lead-singer/bassist for the 12x-platinum and GRAMMY-nominated rock band SKILLET,  will join FOX & Friends this Sunday, April 24, for a special broadcast live from the Talladega Super Speedway during NASCAR’s GEICO 500 Race.  Now a best-selling author and podcaster as well, Cooper will also lead the Motor Racing Outreach (MRO) Chapel Service for drivers that afternoon before the race begins.
Exclusive interview with John Below.

“This is my first-ever NASCAR race, and I’m so pumped!,” he says. “It will be so awesome to see Pete [Hegseth], Will [Cain] and Rachel [Campos-Duffy] in person finally as well, and not on zoom! Can’t wait!”
Skillet recently wrapped a headline run for Winter Jam 2022 across the U.S., and after post-poning twice due to COVID, will finally return to Europe for a summer trek of eight countries, including Austria, France, Italy, Switzerland and the UK. Unfortunately, previously scheduled dates in both the Ukraine and Russia had to be cancelled. The band recently posted a video on their socials showing their support for Ukraine with footage from previous tour dates in the country.  Skillet has amassed a rabid international fanbase throughout their career, selling out arenas in 26 countries and four continents. For all Skillet tour info, visit Skillet.com.
Skillet’s latest, DOMINION, is out now, and boasts the active rock single “Surviving the Game” as well as the current Christian radio track, “Refuge.”  DOMINION released on the heels of celebrating the RIAA triple-platinum status of their landmark album Awake, while three of its hit tracks recevied new certs as well:  “Awake & Alive,” 2x-platinum; “Hero,” 3x-platinum, and “Monster,” already one of the most-streamed rock songs in history with over 4 billion global audio streams, hit 4x-platinum status.
Cooper’s debut, best-selling book, Awake & Alive to Truth, has had over 10 printings and won the Book Impact Award at the 2021 K-LOVE FAN AWARDS. Available at www.johnlcooper.com/awake,  the Kindle and physical editions are also available on Amazon. His podcast, Cooperstuff, continues to grow rapidly as well with an average weekly audience of more than 100,000 weekly listeners and over 2.5 million downloads.
Get Connected with Skillet:
Website:  www.skillet.com
Facebook: @Skillet
Twitter, TikTok & Instagram: @skilletmusic
SKILLET is one of the best-selling rock bands of the 21st century. The two-time GRAMMY® Award-nominated , Pandora Billionaires Club members, multiplatinum rockers have an undying spirit that has humbly asserted and affirmed them as one of this generation’s most successful rock acts. However, as all classic underdog stories do, it happened quietly under the radar. By 2019, they not only garnered a pair of GRAMMY® Award nods and sold over 12 million albums worldwide, but they also took home a Billboard Music Award for the double-platinum Awake. Its breakout single “Monster” remains “one of the most-streamed rock songs of all-time” with over 3 BILLION global audio streams. 2016’s Unleashed bowed at #3 on the Billboard Top 200. Hitting #1 on Rock Radio, the lead single “Feel Invincible” cracked 643 million global audio streams and went platinum. Meanwhile, the gold-certified Unleashed became their fourth consecutive album to receive either a gold, platinum, or double-platinum status. Their 2019 release Victorious included the top ten rock radio hit “Legendary,” which lived up to its name with over 108 million streams. To date, nine original tunes earned RIAA recognition in tandem with high-profile syncs by everyone from WWE and Marvel to ESPN and NFL. Between selling out arenas in 26 countries and four continents, the group performed on CONAN and graced the pages of USA Today and The New York Times, Skillet debuted their first graphic novel, EDEN: A Skillet Graphic Novel with Z2 Comics, which became the publisher’s best-selling book of all time, followed by EDEN II: The Aftermath. Skillet’s latest proejct, DOMINION, is available now.
2022-04-22
Previous Post: Biden pushes for $1 billion more in abortion funds
Next Post: Eric Feigl-Ding crosses the line: Lumps Ben Carson in with Josef Mengele