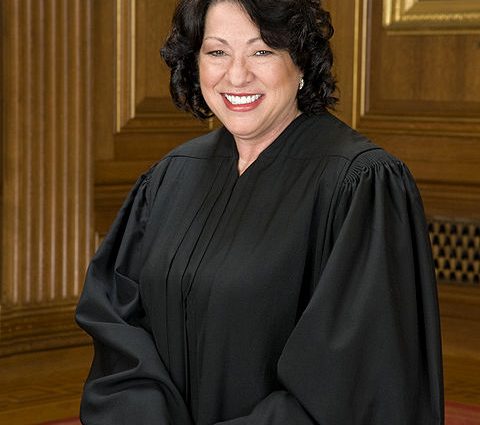 Sonia Sotomayor’s most concerning statement, and it’s not her phony COVID-19 stats

Supreme Court Justice Sonia Sotomayor said some very disturbing and concerning things last week during oral arguments over two of President Biden’s vaccine mandate rules, some of which caught the attention (and rightfully so) of Fox News hosts and guests, while other cable news channels essentially ignored it.

UPDATED TO INCLUDE NEWS TALK CLIP, WATCH BELOW

What caught the attention and ire of many? Mostly it was Sotomayor’s bogus stats on COVID-19 she was spewing. For example, the Justice said “We have over 100,000 children, which we’ve never had before, in serious condition, and many on ventilators.”

This was plainly a false and unfortunate inappropriately political statement by Sotomayor. We have seen this number is around 3500 children, not 100,000! This was confirmed by CDC Director Dr. Rochelle Walensky during a interview over the weekend (unfortunately she did not correct the Justice in the interview).

What else is unfortunate is the Fox News talking heads that dwelled on this incorrect statement spent very little to no time on the most disturbing thing Sotomayor said.

The Yale Law School graduate and current Supreme Court Justice said during the arguments, “I’m not sure I understand the distinction why the states would have the power (to institute a mandate), but the federal government wouldn’t.”

The fact that a Supreme Court Justice would ask that is astounding and frightening. Either she is unaware of the 10th Amendment, “powers not delegated to the United States by the Constitution, nor prohibited by it to the States, are reserved to the States respectively, or to the people”, or worse and more likely, she is ignoring it.

As I said previously, of the plethora of Fox News hosts and guests that critiqued Sotomayor for her erroneous statement concerning COVID-19, few said anything about the latter statement.

I must admit I am not totally surprised because most cable TV hosts probably are on the side of Sotomayor’s disregard of the tenth amendment.

RAND PAUL QUITTING YOUTUBE: ‘I BEGIN MY EXODUS FROM BIG TECH, STARTING WITH THE WORST CENSOR OF ALL’