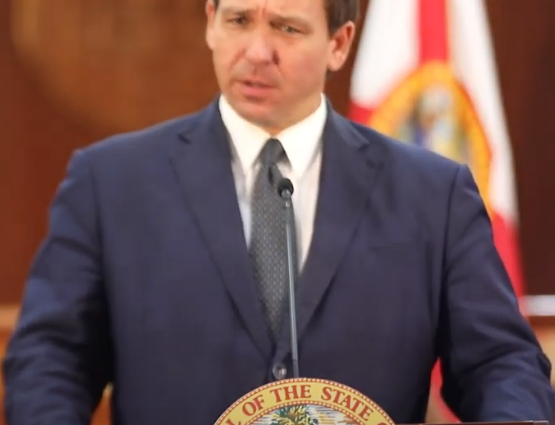 “The ‘Fairness in Women’s Sports Act’ signed by Gov. Ron DeSantis is entirely unfair to transgender and cisgender women and girls, as it disregards the needs of thousands of student athletes DeSantis was elected to protect,” said Scott McCoy, SPLC Action Fund interim deputy legal director, LGBTQ Rights & Special Litigation, in a statement.

“Reputable athletic organizations, such as the NCAA and the International Olympic Committee, allow transgender women to compete. Like all the states that passed similar legislation to deny the existence of trans athletes, Florida attempts to address a problem that does not and has never existed.

“Like every other bill denying transgender athletes’ the right to participate in sports, HB 1475’s discriminatory language is based not in reality, but ignorance, fear and prejudices. The fact remains that there is no evidence transgender student athletes – specifically females – enjoy any advantage over cisgender competitors.

“Subjected to the Florida legislature’s transphobic attitudes and irrational fears, transgender girls and women who play sports, as well as all student athletes, will be irreparably harmed.

“The SPLC Action Fund will continue to tirelessly work to ensure that transgender youth and the LGBTQ+ community are treated with fairness, dignity and respect.”

FACT CHECK: “The fact remains that there is no evidence transgender student athletes – specifically females – enjoy any advantage over cisgender competitors.”

As recently as last month, the topic of biological males, transgirls, competing with biological females has presented data supporting the fact that some statistical advantages are present.

For example, in Connecticut, two transgender athletes began racing in girls’ track in 2017. In the 2017, 2018, and 2019 seasons alone, these runners took 15 women’s state track championship titles (titles held in 2016 by nine different girls) and more than 85 opportunities to participate in higher level competitions that belonged to female track athletes.

A new study suggests transgender women maintain an athletic advantage over their cisgender peers even after a year on hormone therapy. The article clearly points to a direct correlation between male hormones and performance. At the high school level hormone therapy may be premature, irreversible or even damaging, the data is very unclear at this point.

The FACT is that there MAY BE EVIDENCE that transgender student athletes – specifically females (biological males) – enjoy any advantage over cisgender competitors and the pronouncement by the SPLC and others is incorrect.