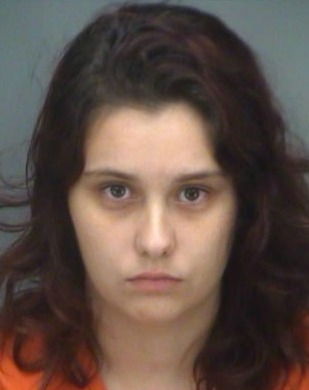 Neighbors contacted authorities after hearing a child crying inside the apartment and found the young girl naked, covered in feces and playing in a playpen, the St. Petersburg Police Department said.

Responding officers found the 4-year-old boy locked in a room. The room’s walls were covered in feces, officers said. There was no bedding in the room, officials said.

“The boy was naked and covered in feces, urine and insects,” police said. “The odor was overpowering.”

Davis was in another room sleeping, according to the department.

“Investigators believe she’s been leaving the kids alone while she worked at night at a fast-food restaurant,” police said.

Both children were taken to Johns Hopkins All Children’s Hospital. Once released, the state will take custody.

The young children are said to be in  a “feral state,” and neither speak. According to reports, the 4-year-old weighs only 26 pounds.