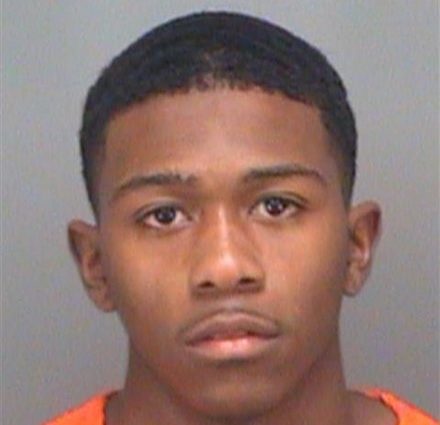 The Pinellas County Sheriff’s Office reported detectives assigned to the Crimes Against Children Unit have arrested a St. Petersburg man for two counts of Lewd and Lascivious Battery on a Child Under 16-years-old.

According to detectives, their investigation began at 1:46 a.m. on Saturday, October 3, 2020, after deputies responded to 5498 45th Avenue North in St. Petersburg, after receiving a call regarding a suspicious vehicle parked at the end of the street.

Detectives say when deputies approached the car they observed a male climb from the rear seat into the driver’s seat. Deputies identified 20-year-old Sanchesz Maultsby Jr. as the driver and a 13-year-old female in the rear seat.

During the course of the investigation, Maultsby admitted to having just committed a consensual sexual act with the female in his vehicle and once prior on August 23, 2020.

Maultsby told detectives he believed the victim was 15 or 16-years-old and had told her he was 18 or 19-years-old.

Through various investigative techniques, detectives were able to determine Maultsby had knowledge the victim was younger than 15 or 16-years-old as he claimed.

Detectives arrested Maultsby for two counts of Lewd and Lascivious Battery on a victim under age 16.

Maultsby was transported to the Pinellas County Jail without incident.