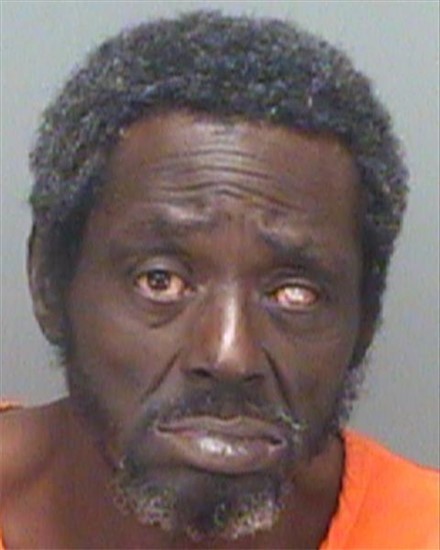 According to officials, on January 2, 2020, at about 10:30 a.m., deputies were dispatched to a private residence in unincorporated St. Petersburg, for a reported burglary and sexual battery.

The 72-year-old female victim reported she was inside her home, when an unknown male subject entered the residence with his pants unzipped and his penis exposed.

Henderson forced the victim to the ground and placed his bare hand underneath the victim’s underwear, to touch her vaginal area.

Detectives say a neighbor heard the victim screaming, ran over and began banging on the window, causing the suspect to flee from the residence on foot.

A witness followed Henderson as he left the residence and when deputies arrived on-scene, they took Henderson into custody.

During an interview with detectives, Henderson admitted to entering the residence, to placing his hand down the victim’s pants, and that his intent was to have intercourse with the victim.

Henderson was arrested and charged with one count Lewd and Lascivious Battery Upon an Elderly Person and one count Burglary to an Occupied Dwelling.

Henderson was transported to the Pinellas County Jail without incident.

The victim sustained minor injuries during the incident and was treated and released from a local hospital.