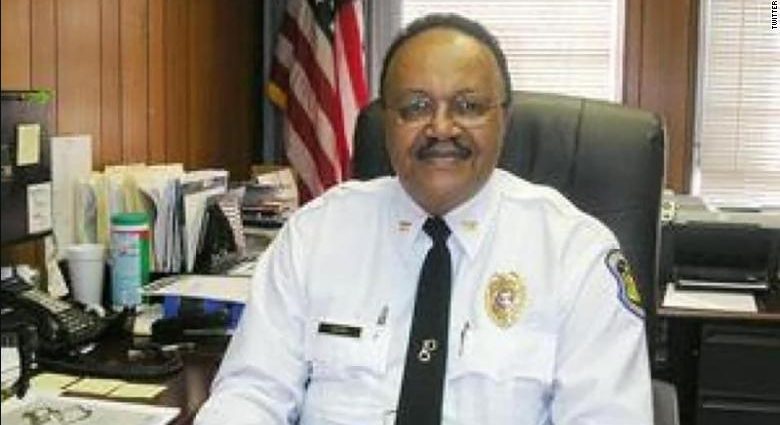 St. Louis police also say Jimmie Robinson, 27, was arrested in the case. He is charged with burglary, armed crime, theft and unlawful possession of a firearm.

Dorn, 77, was fatally shot at Lee’s Pawn & Jewelry early Tuesday during a suspected robbery during one of the George Floyd rallies which turned violent, plagued with looting.

Surveillance video shows at least seven men burst into the store with their faces covered. The footage shows one of the men pointing a handgun toward the shop’s entrance.

According to circuit attorney Kimberly Gardner Cannon was being held without bond and cited “the diligent work of the police department, collaboration with the Circuit Attorney’s Office, and the cooperation of the outraged community” in leading the the arrest.

Cannon admitted he was inside the store the night of the murder and that he cut his hair to change his appearance after seeing the photograph being distributed.

Police documents confirm that a television recovered from the home where Cannon was arrested had a serial number confirmed by Lee’s Pawn and Jewelery Store.

The court documents also explain surveillance video showing that a Pontiac G6 was pulled up along the pawn shop and several people inside the vehicle entered the store. The driver also entered the store at the same time as Cannon.

This document states that they are both seen running inside the store and the driver is seen with several TV sets to the door and transmits them to another person who then took them to the car.

Cannon looks out of the store and walks toward the car shortly before Captain David Dorn’s arrival.

The surveillance video shows that when the shots were fired, Cannon was the only person standing in that corner and that several smoke smoke was seen coming from the area where Cannon was standing.

Expect more details to emerge over the next few days, including the arrest of the others present at the time of the Dorn murder.