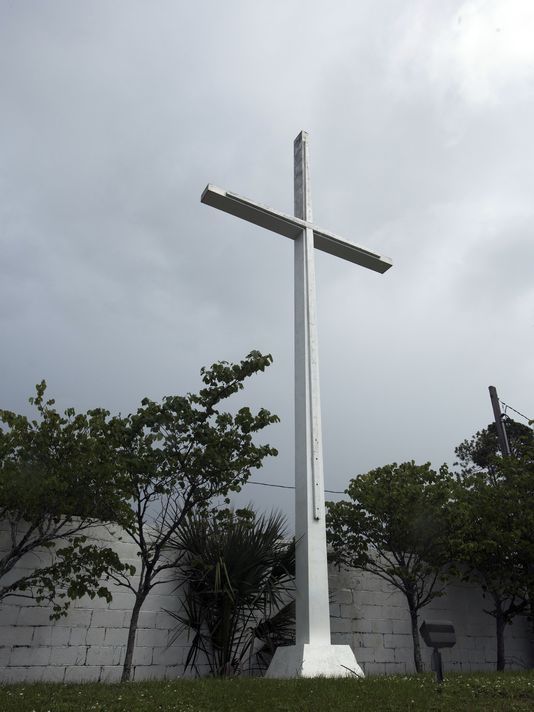 The U.S. Supreme Court ordered a lower court to reconsider its earlier ruling that a World War II-era memorial cross in Pensacola must be removed. In Kondrat’yev v. City of Pensacola, a federal appeals court had ruled that the 78-year-old cross must come down, with two of the three judges saying that the outcome was “wrong” but that their “hands were tied” because of the so-called “Lemon Test.”

In the order, the High Court ruled in light of its recent decision that the “Peace Cross,” a 40-foot cross honoring those who died during World War I, can remain standing in Bladensburg, Maryland without violating the Establishment Clause. In its 7-2 decision last week, the High Court made it clear that the so-called “Lemon Test” was not useful for cases involving ceremonial, celebratory or commemorative monuments that include religious imagery. Instead, the justices adopted a “strong presumption of constitutionality” for longstanding monuments. The ruling recognized that “a government that roams the land, tearing down monuments with religious symbolism and scrubbing away any reference to the divine will strike many as aggressively hostile to religion” which the Constitution does not require. The Supreme Court said that although “the Cross is undoubtedly a Christian symbol. . . the Cross does not offend the Constitution.” The Court today told the U.S. Court of Appeals for the 11th Circuit to apply these same principles to the cross in Pensacola.

The wooden cross was first placed in Pensacola’s Bayview Park in 1941 by the Jaycees, a local community service group, as the U.S. prepared to enter World War II. The cross has been a popular gathering place for over 75 years and is one of over 170 displays in Pensacola’s parks commemorating the city’s history and culture. In 2016, an atheist organization sued the city, claiming that the cross is “offensive” and establishes a government religion.
“Though the High Court should have relegated the ‘Lemon Test’ to the dustbin of constitutional history, its initial step of scrapping it from religious monument cases is a welcome first step and is already paying off in today’s ruling for the Pensacola cross,” said Mathew Staver, Founder and Chairman of Liberty Counsel.
2019-07-14
Previous Post: Rhett & Link coming to Tampa
Next Post: Trump moving to end asylum of migrants from Central and South America