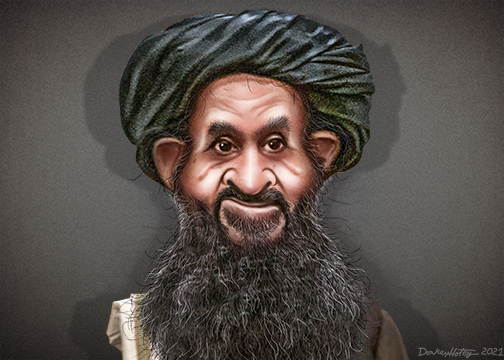 Taliban’s Afghan government criticized for not being ‘inclusive’

The Taliban came under fire Wednesday after the announced interim Afghanistan government was neither “inclusive” nor “representative” of the country’s ethnic and religious diversity.

“It does not look like the inclusive and representative formation of Afghanistan’s rich ethnic and religious diversity that we had hoped to see and that the Taliban promised in recent weeks,” an European Union spokesman said in a statement Wednesday.

EU foreign ministers had insisted last week that an “inclusive and representative” interim cabinet was “one of the five conditions set” for the establishment of relations between the 27-country bloc and the new Afghan government.

A State Department spokesperson said in a statement shared with The Hill that although the Taliban “has presented this as a caretaker cabinet,” the U.S. “will judge the Taliban by its actions, not words.”

“We have made clear our expectation that the Afghan people deserve an inclusive government,” the spokesperson added.

Key positions in Afghanistan’s new caretaker government were announced by the Taliban on Tuesday evening. The cabinet is all-male and stacked with prominent Taliban fighters who already helmed key posts during the militant group’s hardline regime between 1996 and 2001.

The new executive’s number two, Abdul Ghani Baradar, is the group’s co-founder and took part in the negotiations over the US withdrawal, while the new interior minister, Sirajuddin Haqqani, is on the FBI’s most-wanted list.

The FBI had offered a $5 million reward for information leading to Haqqani’s arrest but increased the reward to $10 million later Tuesday.