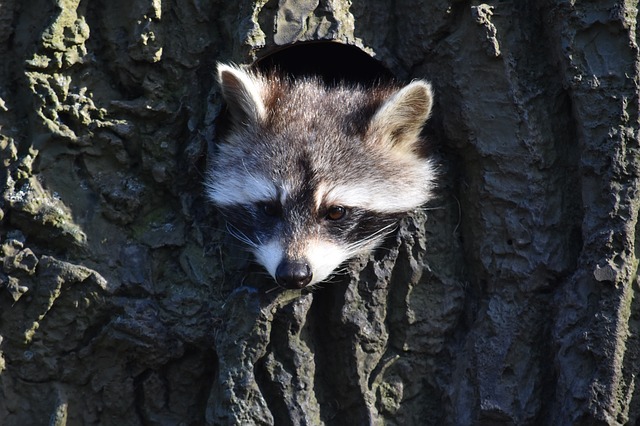 In a bizarre, hilarious and scary early morning surprise, a Tallahassee woman was awoken to find a raccoon in her home, more specifically, in her Christmas tree.

Aubrey Iacobelli filmed the situation all the while supposing it was a cat in the tree that caught the attention of her dog around 4 am last Thursday, only to find the raccoon.

“There’s a cat inside my Christmas tree. Git!” you can hear Iacobelli say, brandishing a frying pan. “C’mon, get out of my tree!”

She soon discovers it is not a cat, but a raccoon. The dog forces the raccoon higher and then decides to bolt bringing the tree down and creating quite a melee.

The dog chases the stranger across the living room as it leaps to the chandelier where it remained for some 15-30 minutes.

Iacobelli got the beast to leave by swatting it with a broom.

It’s not clear how the masked critter got into the tree, but the doggie door is a prime suspect.

2020-12-18
Previous Post: Florida is preparing to receive 367,000 doses of the Moderna vaccine next week
Next Post: Dr. Rand Paul stands up for local news outlets with the introduction of the Local News and Broadcast Media Preservation Act