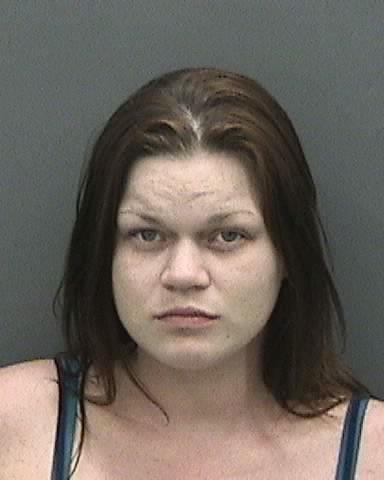 The Hillsborough County Sheriff’s Office (HCSO) is reporting the arrest of five individuals upon completion of two undercover human trafficking investigations on Thursday.

In addition, a true human trafficking victim being was rescued in the actions.

On December 4, 2019, detectives came in contact with an 18-year-old human trafficking victim during a traffic stop at E Adamo Drive and S Falkenburg Road in Tampa.

While conducting an operation at a nearby hotel, detectives observed multiple men going to and from a room that the victim and 28-year-old Paige Ashley Fried were leaving. After developing probable cause, detectives conducted a traffic stop on their vehicle and arrested Fried for possession of illegal drugs. The victim had an outstanding warrant for grand theft, so she was also arrested.

“It’s very likely that this arrest saved her life,” said Sheriff Chad Chronister. “Once in custody, the 18-year-old woman told deputies she was being held against her will by Fried.”

Detectives learned that from October 20 to December 4, Fried used force, fraud and coercion to manipulate the victim to perform sexual acts at various locations within Hillsborough County.

Fried would organize the encounters by posting sexual advertisements about the victim on adult escort websites. Fried managed the posts online and communicated with buyers, commonly referred to as “Johns,” to arrange sexual acts with the victim in exchange for money. According to the victim, Fried received all of the money gained from these encounters.

Fried was also found to be in possession of the victim’s debit card which, according to the victim, allowed Fried to maintain control over her.

Despite knowing the victim contracted a sexually transmitted disease, Fried continued to force her to perform commercial sexual acts and ingest narcotics to stay awake longer in order to work more.

“I can’t emphasis enough that this young woman is the textbook definition of a human trafficking victim,” said Sheriff Chronister. “Thanks to her having the courage to speak up, Paige Fried is now in jail facing a felony charge for human trafficking.”

The victim was later released from custody and deputies connected her with resources through Selah Freedom, an organization that assists human trafficking survivors.

Four additional subjects were arrested during a separate investigation from December 17-18. Detectives communicated with individuals through an internet prostitution website and an online app often used by predators to chat with minors anonymously.

Andres Dario Betancur, 36, and Rudy Siam, 40, each thought they were chatting with a 14-year-old male online and traveled to meet him for sex at an undisclosed location off Highway 301 and Interstate 4 in Hillsborough County.

Timothy John Matthews, 56, and Carl Franklin Bergman, 58, believed they were communicating with a 14-year-old female and traveled to meet her at the same undisclosed location. Bergman, who offered to pay the teen $100 in exchange for sex, was found to have a satchel carrying a concealed firearm and a condom inside his vehicle at the time of the arrest.

All four men are facing multiple charges including traveling to meet a minor to solicit illegal acts.

“These cases should serve as a reminder for parents to monitor their children’s online activity,” said Sheriff Chad Chronister. “Know what websites they are visiting, look at the apps on their phones, and don’t be afraid to ask who they are talking to. It’s not an invasion of privacy. It’s our duty and responsibility as parents to protect them from predators like these men.”