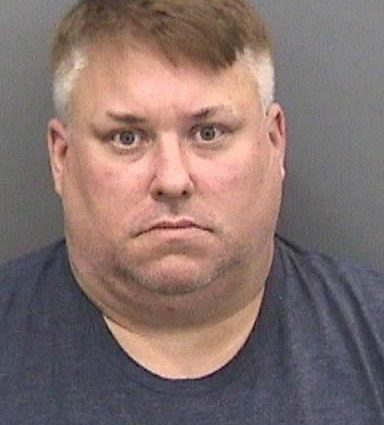 The Hillsborough County Sheriff’s Office (HCSO) announced the arrest of 45-year-old Chad Johnson of Tampa for defrauding a 96-year-old victim out of tens of thousands of dollars in recent months.

Johnson became the victim’s caretaker earlier this year. From September to November, Johnson cashed checks he wrote for himself using the victim’s account. He also made numerous purchases using the victim’s credit cards. The victim did not authorize any of the charges made to their accounts. Johnson was also not given permission to access the victim’s banking records.

Through investigative means, detectives learned Johnson defrauded the victim of more than $46,000. Detectives arrested him this week on charges of Exploitation of an Elderly Person and Grand Theft Second Degree.

Sheriff Chad Chronister said, “It is despicable what this suspect did. Scamming an individual that is part of one of our most vulnerable communities is a disgusting act and one that is not tolerated here at the Hillsborough County Sheriff’s Office.”

Johnson is currently incarcerated at the Falkenburg Road Jail on no bond.

2020-12-18
Previous Post: Drug overdose deaths up during the COVID-19 pandemic
Next Post: Florida is preparing to receive 367,000 doses of the Moderna vaccine next week