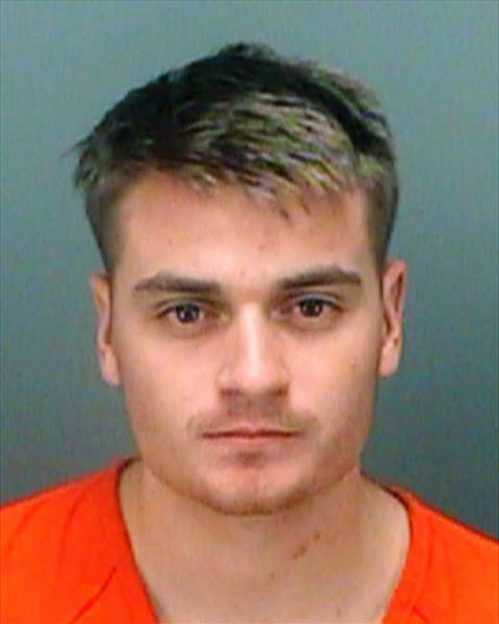 Russell, 22, was sentenced Tuesday in federal court in Tampa.

Russell has been charged with storing explosives and having a destructive device in a New Tampa home last May. Russell was also charged with stockpiling the explosive material in the New Tampa apartment where a friend killed their two roommates.

Russell, who was a private first class in the Florida National Guard.

He pleaded guilty in September to possessing illegal firearms, a destructive device and storing explosives at a New Tampa home.

Arthurs allegedly told investigators he killed his roommates for teasing him about his recent conversion to Islam.

Russell set up a “mini-lab” in the garage, where investigators found explosive material stored in a cooler, near homemade detonator components and several pounds of ammonium nitrate, according to authorities.