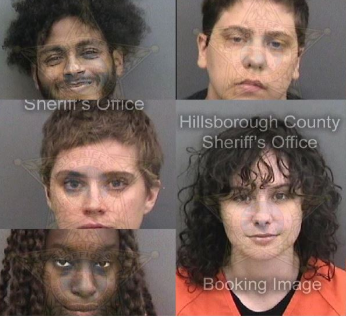 Police also issued Notices to Appear to two other demonstrators.

Police officials said the protest had grown from 40 to nearly 100 and had blocked traffic for nearly an hour.

The protesters then erected a large plywood sign, blocking the intersection and traffic continued to back up. Several citizens called the Tampa Police Department to complain about the traffic obstruction.

Ultimately, after traffic was stopped, police warned the protesters to disperse, then moved at 1:28 p.m. to arrest the “organizers and leaders of the protest.”

The officers said objects were thrown at them, so more officers were sent to the area.
“While attempting to lawfully arrest one subject, officers were surrounded and a large group began to close in on the arresting officers and the officers who were working to provide security,” the department said. “Members of the group began pushing against bike officers, who deployed two short bursts of O.C. (pepper) spray to push the group back.”

Those arrested and the charges:

J’Khari Wilson, 21, faces a felony charge of criminal mischief resulting in damage of $1,000 or more and misdemeanor charges of resisting arrest without violence and violating city ordinance 14-41.

He left jail and immediately began protesting again as a downtown protest.

“There’s video evidence that shows that never, ever happening,” Wilson said early Sunday. “I got charged by the officer while I was backing up and fearing for my life. He pushed me into the car and video evidence shows that.”

“They have just been lying to the public and the public has been believing it,” Wilson said.

“And then you have (Mayor) Jane (Castor) who has been backing that up and explicitly said that she will not fire Chief (Brian) Dugan even though there is video evidence of officers tear-gassing, shooting rubber bullets and pepper-spraying completely peaceful protestors.

“I was arrested for no reason, absolutely no reason,” he said. “I don’t know why they targeted me. I’m not one of the leaders, I just had a vest. Nothing more.”

Ahmed Osman, 22, was also arrested, charged with violating city ordinance 14-41, then released from jail and returned to protest downtown, receiving hugs from those who knew him.

Chukwudi Uche, 22, of Leesburg, was arrested for carrying a concealed firearm, battery on a law enforcement officer, violating city ordinance 14-41 and resisting arrest without violence. 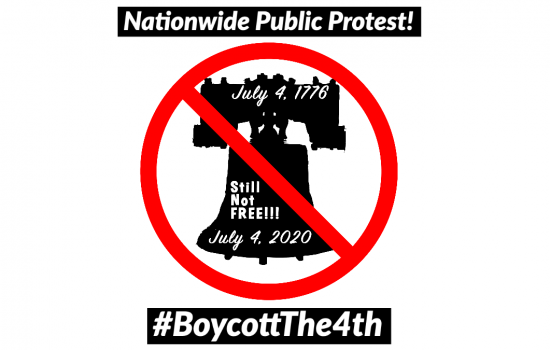 Ahmed Osman, 22, embraces a protester outside of Tampa PD. He was arrested by police this morning and given a notice to appear, according to a release from police. He said that he was just released. The crowd of 50 protesters erupted when he arrived. pic.twitter.com/sTVoJbIVOW