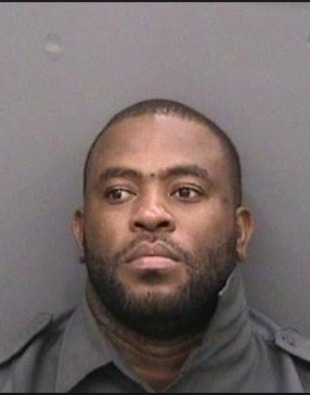 Tampa Police arrested a security guard Saturday after he fired his weapon at two people during a confrontation in a parking garage involving public urination.

Everoy Farqharson, 31, a security guard employed by Iron Eagle Security, confronted the victims at approximately 2:49 a.m. about urinating in the parking garage and during the interaction, Farqharson boxed in the victims’ car with his golf cart-style vehicle, pushed one victim, then knocked a cell phone from the hand of a second victim who was video recording the incident.

Farqharson then reportedly fired his weapon at the victims, who immediately fled. At least four shots can be heard on the video of the incident.

Officers arrested Farqharson and charged him with 2 counts of aggravated assault with a firearm and battery.

Farqharson appeared in court on Monday and was granted bond of $56,500. If he leaves jail, he can’t possess firearms and must stay out of Ybor City.

He is to have no contact with three victims. Farqharson has no prior record.

Farqharson works for a private security firm, Iron Eagle Security, which provides security in the city of Tampa parking garages.

He has worked there for approximately six months, according to an Iron Eagle Security manager.