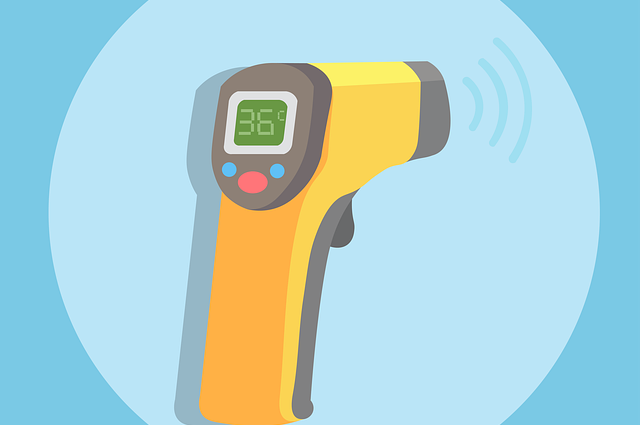 Making people stand in front of a scanner to have their body temperature read can result in a large number of false negatives, allowing people with Covid-19 to pass through airports and hospitals undetected.

Leading experts in physiology have suggested instead that taking temperature readings of a person’s fingertip and eye would give a significantly better and more reliable reading and help identify those with fever. The study is published in Experimental Physiology.

Professor Tipton, of the University of Portsmouth, said: “If scanners are not giving an accurate reading, we run the risk of falsely excluding people from places they may want, or need, to go, and we also risk allowing people with the virus to spread the undetected infection they have.”

“The pandemic has had a devastating global effect on all aspects of our lives, and unfortunately, it’s unlikely to be the last pandemic we face. It’s critical we develop a method of gauging if an individual has a fever that’s accurate and fast.”

The most common symptom of 55,924 confirmed cases of Covid-19 reported in China up to February 22, 2020 was fever, followed by other symptoms, including dry cough, sputum production, shortness of breath, muscle or joint pain, sore throat, headache chills, nausea or vomiting, nasal congestion, and diarrhoea.

However, the researchers say a significant proportion (at least 11 %) of those with Covid-19 do not have a fever, and that fewer than half those admitted to hospital with suspected Covid-19 had a fever. Although the majority of positive cases go on to develop a high temperature after being admitted to hospital, they were infectious before their temperature soared.

Professor Tipton said: “We think we can improve the identification of the presence of fever using the same kit but looking at the difference between eye and finger temperature – it’s not perfect, but it is potentially better and more reliable.”

The same scanners can easily be adapted to take these two measurements.

The new study argues that taking temperature readings of a person’s fingertip and eye would give a significantly better and more reliable reading and help identify those with fever.

A change in deep body temperature is a critical factor in diagnosing disease with as little as a one degree increase indicating a potential disease.

The many methods of detecting deep body temperature, widely used in hospitals, are too expensive, invasive and time consuming to be widely used outside hospitals.

Professor Tipton said: “During the SARS epidemic, in 2003, there was a need for a fast, effective mass screening method and infrared thermography became and remains the cornerstone measurement, despite concerns over its reliability.”

Such differences in skin temperature could be due to a range of reasons, including whether the individual has recently exercised, has an infection, sunburn or recently drunk alcohol, how close an individual stands to a scanner, how warm or cool the air is, how much fat a person has on their body and even their blood pressure.