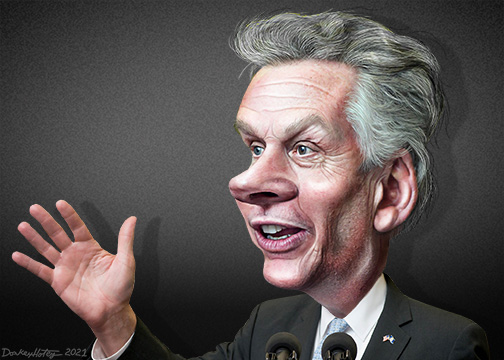 Republican Glenn Youngkin is projected to win the gubernatorial race in Virginia, defeating former Democratic Gov. Terry McAuliffe in a statewide election while the New Jersey race is still too close to call, with a recount certain.

Youngkin ran a disciplined campaign, focusing on taxes, crime, and holding public schools accountable to parents and McAuliffe spent his campaign attempting to liken the Republican to former President Trump.

“Alrighty Virginia, we won this thing,” Youngkin told supporters in his victory speech a little after 1 AM Wednesday, vowing that “together, we will change the trajectory of this commonwealth.”

Democratic Gov. Phil Murphy and Republican nominee Jack Ciattarelli are within 1,200 votes of one another — to 49.7% for Ciattarelli and 49.6% for Murphy.

“We’re gonna have to wait a little while longer than we hoped,” Murphy told supporters in Asbury Park in a brief speech just after midnight. “We’re gonna wait for every vote to be counted. That’s how our democracy works.”

“We’re all sorry that tonight cannot yet be the celebration we wanted it to be,” added the governor, who is seeking a second term. “But when every vote is counted — and every vote will be counted — we hope to have a celebration.”

Ciattarelli, a former member of the state Assembly, said “we want every legal vote to be counted.”