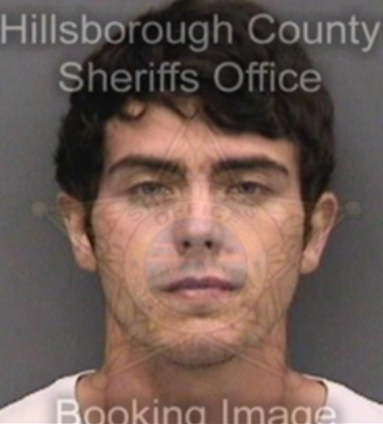 Texas man, Colby Isaac Hilleary, arrested for interfering with the duties of a flight attendant

Greenville, Texas man, Colby Isaac Hilleary, 24, was  arrested and charged by criminal complaint with interfering with the duties of a flight attendant. He faces a maximum sentence of 20 years in federal prison.

According to the complaint, on March 2, 2018, Hilleary was a passenger on an American Airlines flight from Ft. Lauderdale to Dallas, Texas. Shortly after takeoff, he left his seat and ran to the front of the aircraft; a flight attendant told him that he needed to return to his seat. Hilleary responded, “the plane is going the wrong way,” and “there are no pilots on the plane.” A flight attendant then told Hilleary that there were pilots flying the plane and that it was currently over the water, but would turn and head towards Dallas shortly. Hilleary eventually returned to his seat.

A criminal complaint is merely an allegation that a defendant has committed one or more violations of federal criminal law, and every defendant is presumed innocent unless, and until, proven guilty.