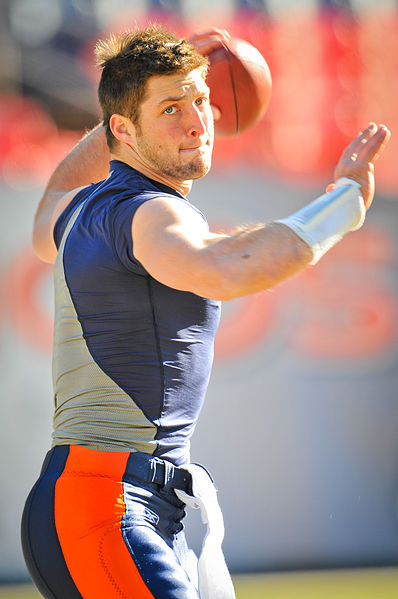 Tim Tebow welcome, but not speaking at RNC

Thursday several media sources claimed Tim Tebow would be one of the speakers at the RNC in Cleveland, Ohio next week. It seems the news was bogus as Tebow says it was a rumor and he’s not part of anything political right now

“What’s up everybody?” Tebow said in a video posted to Facebook. “I wake up this morning to find out I’m speaking at the Republican National Convention. It’s amazing how fast rumors fly. And that’s exactly what this is: a rumor.”

“My goal has always been to be able to make a difference in the biggest way possible. If one day, it’s the political realm, that’s what I’ll do. But right now, I really believe that it’s through my foundation and our amazing partners and fighting for kids who can’t fight for themselves.”

The New Times reported that the list had been “confirmed by two people with direct knowledge of the convention planning,” noting that it was also “subject to change.”

RNC chief spokesman Sean Spicer ended the speculation: “I think that we would love to have him, don’t get me wrong,” Spicer said. “There was some speculation that he might be coming. I think he’s cleared that up.”

“He’s a phenomenal individual,” Spicer said. “He’s very principled. He’s somebody that a lot of people admire, both in athletics and in the evangelical movement. If he was able to come or be here in Cleveland, I’m sure someone could find a role for him.”