HBO’s adaptation of The Watchmen, a popular Alan Moore and Dave Gibbons comic book series, looks to extended the franchise and kicked off with tie to horrible race crimes and animosity in the first two episodes, deepening a few characters’ backstories before delivering a “big twist.”

Adrian Veight (Jeremy Irons) experiments with a Mr. Philips clones (Sleepy Hollow‘s Tom Mison) and Don’s the Ozymandias costume. Through the next few episodes, Veight dips into his creepy baby swamp to keep developing new clones as we works to escape his “prison.”
Angela, aka Sister Night continues the investigation of her family tree as Lady Treu arrives in the four episode to set up the trillionaire as a creepy and mysterious foil set to connect to Vegiht.
These chapters are riddled with bloated narratives and depths layered on top of one another while the writers preach in bizarre fashion.
Blake’s “God joke,” three heroes (clearly Nite Owl, Ozymandias/Veidt), and Doctor Manhattan, all judged by God is an attempt to mimic Moore’s brilliant writing with this horrible nihilistic allegory about judging our past.
Once viewers get to episode five, the story revolves around Looking Glass (Tim Blake Nelson), the story engages, connects and twists to head into the final for episdoes.
Nelson shines in this episode. Glass is riddled with PTSD from the New York giant monster attack, lining his ballcap with “foil” and audiences gets the full, surprisingly interesting, back story of his shiny mask. Blake’s trap for Angela works perfectly and should make everyone question what’s on your desk at work. 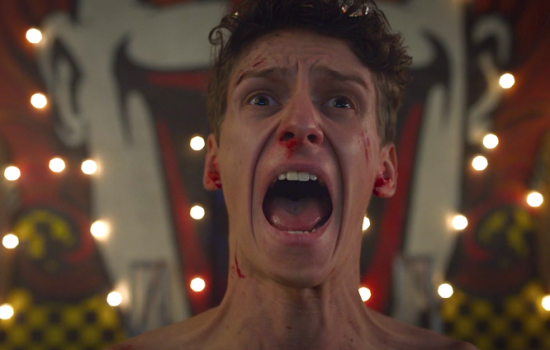 The first big twist comes via Glass learning who’s behind this Seventh Calvary, pulling the strings of the President and throwing all of his core beliefs into the trash….almost literally.
Creator Damon Lindelof drives Watchmen‘s story in too many directions without any payoffs, pretending that he’s delivering value for time taken to give these characters back stories. There is too much time being spent on the alleged racism of humanity, the lack of evolution from that hatred and shock moments (Blake owns a giant Doctor Manhattan blue dildo) to shake up the Internet buzz.
Stay tuned for more analysis of the last few episodes. 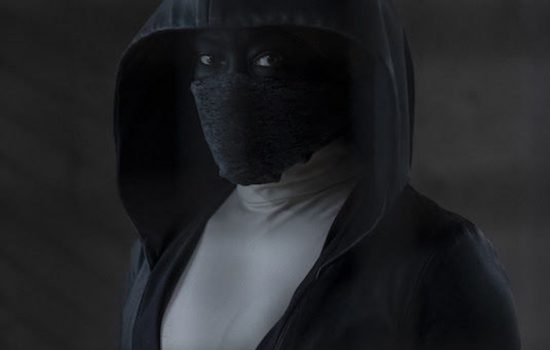