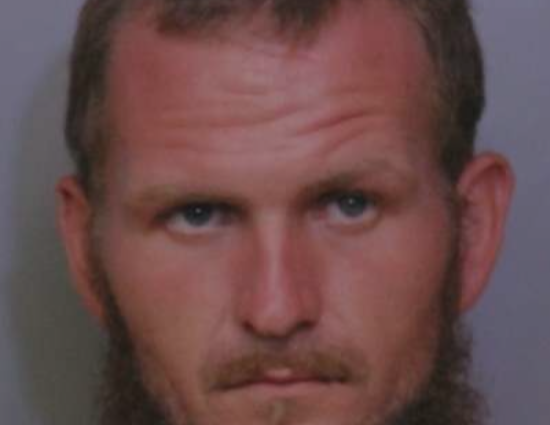 TJ Wiggins is ‘A thug. He’s pure evil in the flesh. He’s wild and he’s out of control’: Grady Judd

According to the PCSO, during a search of the crime scene, detectives found a Dollar General bag and receipt dated the night of the murders, and worked their way backwards from there. They responded to the Dollar General store, and retrieved store video surveillance that showed one of the victims – Damion Tillman – making some purchases. Detectives spoke with the clerk, who knows Damion as a frequent customer. The clerk told detectives that Damion said he was going fishing. The clerk also saw the suspects in the store at the same time, and they are also seen in the video. The clerk told detectives that the suspects heard Damion say he was going fishing, and that Keven would be with him, as the clerk listened to all of them talk to each other about it.

Detectives also received tips that one of the suspects might be Tony Wiggins. Tony Wiggins was positively identified as the person in the video at the Dollar General.

On July 20, 2020, detectives served a search warrant at a parcel of land on Sarver Avenue (nearest cross street, Sandollar Street) in Lake Wales, Florida, where a travel trailer was parked.

The search warrant at the trailer also yielded ammunition that was compared to the shell casings found at the scene of the triple homicide. The ammunition was sent to the Florida Department of Law Enforcement (FDLE) lab for testing.

The FDLE expedited the testing. The test results came back positive – the ammunition found in the trailer is the same ammunition fired from the gun that night, a Smith & Wesson handgun.

Detectives learned that Whittemore purchased the ammunition for TJ in Lake Wales on July 9, 2020. They are seen in video surveillance purchasing it at the store, and detectives have the receipt confirming the purchase.

Detectives interviewed all three suspects, and their stories were inconsistent and contradicting each other. Whittemore admitted to purchasing the ammunition, and to being with the brothers on the night of the murder. She did not make any additional statements. The Wiggins brothers statements were inconsistent.

William “Robert” Wiggins was interviewed again. During that interview, Robert admitted to seeing Damion in the Dollar General store on Friday evening while he stood in line behind Damion with his brother TJ. When they left the store, TJ directed Robert (who was driving) to turn onto a particular road, instead of going home. Two trucks, occupied by the three victims, passed Robert on that road, at which time TJ told Robert to make a U-turn and follow the trucks.

Robert followed the trucks to Lake Streety Road in Frostproof. Robert stayed in the truck with Whittemore, while TJ got out and confronted Keven Springfield, punching him and yelling at him, accusing Keven of stealing his truck. Brandon Rollins and Damion Tillman get out of their truck, and TJ continues to scream at all of them. Robert told detectives he watched as TJ shot all three victims. TJ then asked Robert to help him put Damion into the back of one of the trucks.

After the brutal killings, the three suspects drove to McDonald’s, where they ordered 10 double cheeseburgers, and two McChicken sandwiches. They went home to eat. On Saturday morning, July 18th, Robert took his truck to a car wash in Lake Wales and washed the clay from it.

TJ Wiggins has a criminal history that includes 230 felonies with 15 convictions, 26 misdemeanors, and 2 trips to state prison. He has several assault and battery charges, armed burglary charges, and weapons charges.

Authorities charged TJ Wiggins with three counts of murder, and believe he shot and killed the three men over a disagreement about a truck.

The other two, Mary Whittemore and Robert Wiggins were both charged with accessory to murder.