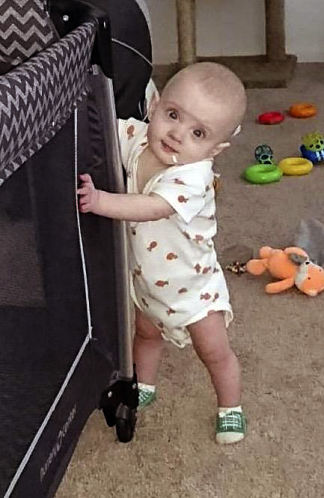 Florida detectives are investigating the death of a toddler who was in foster care and about to be adopted. 17-month-old Aedyn Agminalis died last Sunday after being taken off life support and now the Hillsborough County Sheriff’s Office has opened a criminal investigation.

The boy suffered from bleeding on the brain, cardiac arrest and acute respiratory failure. Aedyn arrived at St. Joseph’s Hospital for Children unresponsive and with signs of head injuries, according to information given to his adoption agency by a social worker.

Artha Healton, Aedyn’s biological mother, spoke with the Tampa Bay Times, claiming that the small boy was hooked up to a life-support system but doctors could find no brain activity. Aedyn died after doctors turned off the machine.

The boy was living in a foster home licensed by A Door of Hope, a subcontractor for Eckerd Kids, a non-profit contracted by the county.

“The loss of this child is absolutely devastating and we’re grieving with all those who loved him,” DCF Secretary Mike Carroll told the Times.

Aedyn’s birth parents had signed adoption papers last month and he was set to be placed with a lesbian, married couple in North Carolina: Colleen Kochanek and Stephanie Norris.

“We will be doing everything we can to support the Hillsborough Sheriff’s Office investigation,” said Adrienne Drew, a spokeswoman for Eckerd.

The new family is seeking answers.

“This is so soul-crushing to us,” Kochanek told the paper. “He could have been in our care.”

“I was unable to hold him because he was hooked up to the life support,” Healton said. “I was able to hold his hand and touch him and tell him goodbye even though he couldn’t hear me.”