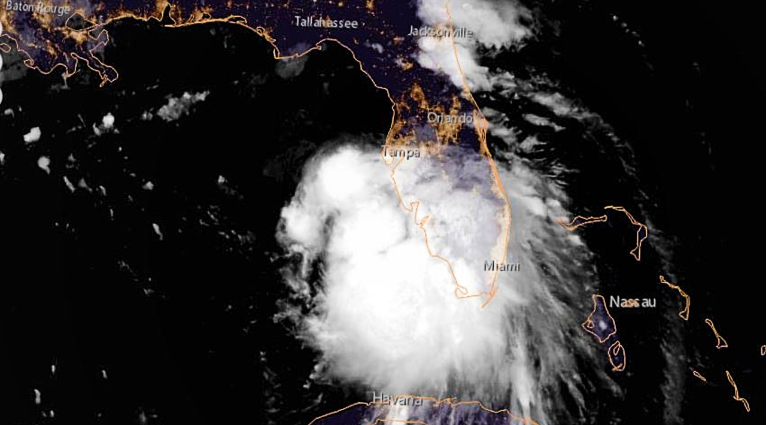 Sally, formerly Tropical Depression 19, strengthened to a tropical storm at 2 p.m. EDT on Saturday afternoon. As of 5 a.m. EDT Sunday, the storm was centered 115 miles west of Port Charlotte, Florida, and moving west-northwestward at 13 mph. Maximum sustained winds were 50 mph.

AccuWeather meteorologists continue to monitor several features across the Atlantic Basin, including a new tropical storm that is forecast to reach hurricane strength before making landfall along the Gulf Coast.

Sally is now the earliest named “S-Storm” to ever form in the Atlantic Ocean basin, beating out 2005’s Hurricane Stan which was named on October 2.

In less than 24 hours, Sally went from being a mass of showers and thunderstorms east of the Bahamas on Friday afternoon and to a tropical depression on Friday evening, before becoming a tropical storm on Saturday afternoon.

Bay News 9 echoed the consensus forecast: “Sally will be moving over the warm Gulf waters and will strengthen over the next two days before making a landfall sometime late Monday night or very early Tuesday morning near southeast Louisiana.It will likely be a hurricane at that time and some indications are that it could be a Category 2. The main threats will be hurricane-force wind and a storm surge concern east of the center. There is still some exact track uncertainty but southeast Louisiana seems to be the highest likelihood of a landfall.”

A storm-surge warning has been issued from Port Fourchon, Louisiana, to Mississippi/Alabama Border.

A hurricane warning has been issued from Grand Isle Louisiana,

A hurricane watch has been issued from east of Morgan City, Louisiana to west of Grand Isle.

A tropical storm warning has been issued from east of Ocean Springs, Mississippi to Indian Pass, Florida.

Summary of Watches and Warnings in Effect:

A storm-surge warning is in effect for:

A hurricane warning is in effect for:

A storm-surge watch is in effect for:

A hurricane watch is in effect for:

A tropical-storm warning is in effect for:

A tropical-storm watch is in effect for: